The Farrell Review: Into the long grass?

One year on from the publication of Terry Farrell’s review of architecture and the built environment, it’s time to see whether the government is prepared to support good design - or whether it will favour continued procrastination 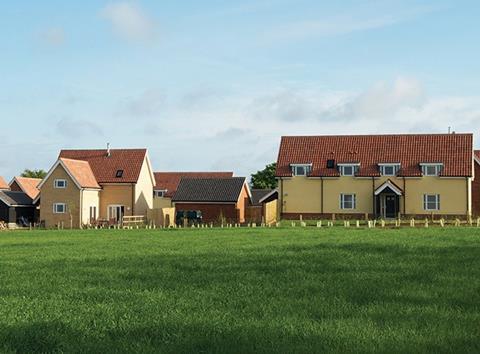 The auguries for Sir Terry Farrell’s review of architecture and the built environment were not good.

Just a week after the review was announced by culture minister Ed Vaizey in March 2013, the government cut off funding to design watchdog Cabe, thus ending New Labour’s ultimately ill-fated attempt to raise the quality of building design. Then, when Farrell’s findings were published a year later, the same minister seemed to push them into the long grass by saying the report was for industry to implement, even though more than half of the recommendations required some central government intervention.

So - one year after the Farrell Review came out - how far has it succeeded in promoting principles of good design, and what is its potential to further change the way the industry works? And, given this week’s confirmation that the government is to move responsibility for architecture to the communities department, which way is the wind now blowing in the seemingly ever-changing attitude of central government to design?

A hugely influential architect and masterplanner, Sir Terry Farrell had been looking to make his mark on built environment policy long before the coalition came to power. The review’s focus on place-making reflects the passion of a man who has been championing urban design for more than two decades. Ben Derbyshire, managing partner at HTA Design, pays tribute to him for doing more than anybody else to promote high-quality streetscapes in London over the last decade.

In the late 1990s, Farrell brought together the built environment’s leading professional institutions to form the Urban Design Alliance (UDAL). And on accepting culture minister Ed Vaizey’s invitation to chair the review, he again invited an impressive list of figures to assist, such as developer Nigel Hugill and former RIBA president Sunand Prasad.

However, Farrell’s enthusiasm and commitment scarcely seemed matched by the government that commissioned him. The resources offered to him stood in stark contrast to those commanded by fellow starchitect Lord Rogers in the late 1990s, when he took on the chairmanship of the Urban Task Force for the then-Labour government. The peer had a team of civil servants, headed by the future chief executive of Cabe, Jon Rouse. By contrast, the Farrell Review was a “labour of love” as HTA’s Derbyshire puts it, resourced by Farrell and the voluntary effort of his supporters. Even in a climate of spending austerity climate, you would expect the government to pay something for policy advice.

After a year, the review’s findings were published, including 60 recommendations (see box, overleaf, for key points) designed to improve the understanding and importance of the concept of “place”, both in the industry and by the wider public. Recommendations were made across five areas - education; outreach and skills; design quality; cultural heritage; economic benefits; and built environment policy. But how many have been implemented?

We didn’t get any money from the government, which meant that it could be non-partisan and hopefully will have legs beyond a change of government

A document published by the review itself last month highlights live plans to establish 15 so-called “urban rooms” - dedicated spaces where local communities can meet to debate the future of their local built environments, and a key recommendation of the review - as evidence of progress. The first of these is already up and running in the Lancashire town of Blackburn. Another example of progress is the establishment of a House of Lords select committee for the built environment, the first of its kind. While not an explicit review recommendation, it was an initiative that has emerged from the debates sparked by Farrell. “Little by little things are happening,” says Max Farrell, Sir Terry’s son, who is now spokesman for the review.

Other wins include the communities department’s establishment of a design advisory panel, including Sir Terry Farrell, to police the quality of the homes due to be delivered by the Starter Homes initiative.

However, others are less confident of the review’s power to make a real difference. Tony Burton, executive chair of Sustainable Homes, dismisses the overall implementation of the review as a “figleaf” exercise to distract the sector’s attention from wider cuts. “It’s perfectly worthy and commonsense stuff but it’s not going anywhere,” he says.

Jack Pringle, former president of the RIBA, says the review’s focus on the importance of places rather than individual buildings was “really welcome”, but that he was “very disappointed ” that Vaizey didn’t give the review more support. “It almost seemed to be orphaned by Ed Vaizey at the time,” he says.

Without action from government many recommendations, such as local authorities nominating private sector “civic champions” to promote design quality, training in “placemaking” for all built environment professionals, the introduction of architecture apprenticeships, the move of the register of architects from the Architects Registration Board [ARB] to RIBA, and the reduction of VAT on renovation projects, have all yet to be taken forward.

But aside from concrete measures, the review’s effect may be better gauged in terms of general influence on the way the government looks at design. While many of the recommendations may read like motherhood and apple pie to the industry, David Birkbeck, director of Design for Homes, argues they are a useful primer for politicians less steeped in design issues. “It was bringing to Ed Vaizey’s attention a lot of sensible thinking and what he should know and understand,” he says.

And despite a lack of wholesale government support, there’s no doubt that the review sparked a lot of activity in the industry. It’s just that, so far, much of this activity is measured in meetings - most notably the “Big Meet”, organised by the Bartlett School at University College London, which has become the nerve centre of efforts to take forward the review’s recommendations.

The gathering, literally held in a big tent last year at UCL, has led to moves to establish a body called the Place Alliance, which will bring together built environment professionals and community groups.

Matthew Carmona, professor of planning and urban design at the Bartlett, counters that the difference between the new alliance and its predecessors is that it reaches out beyond the built environment professions to the local communities, who must be recruited in order to achieve meaningful improvement on the ground.

The Place Alliance is now mulling over whether to establish a central secretariat to co-ordinate the network of architecture centres and community groups that it aims to bring together.

And a central organisation, while it need not reach the scale that Cabe achieved in its pomp, can’t rely forever on the voluntary goodwill that has so far fuelled the Farrell process. The government’s track record so far doesn’t give much reason for optimism that it will commit resources to The Place Alliance, given the abolition of Cabe, and Vaizey’s comments at the review’s launch.

But Max Farrell seems content for the legacy of his father’s review to be a question of influence as much as action, and makes a virtue of the review’s lack of party political support. “Part of the value was that it was independent. We didn’t get any money for it from the government, which meant that it could be truly non-partisan and hopefully will have legs beyond a change of government,” he says, pointing to how themes within the report have been picked up by the Labour Party’s Lyons review of housing.

It’s great that we will be in with planning, housing and building regulations because one of the big issues is with the performance gap

“People often make the mistake of thinking you have to turn to the government to make anything happen. Government has a role to play but they are not the only actor,” he says, arguing that government’s role is increasingly to enable things to happen rather than do things itself. In what he refers to as this new “zeitgeist”, Farrell argues that the built environment needs a “movement” to campaign for better quality, rather than institutions and agencies.

However Burton, who has run civic societies, is sceptical that the review will spark this kind of movement. “I’m not sure whether that is going to happen with a group of experts in a tent at UCL,” he says.

The lack of follow-up to the Farrell Review by the Department for Culture, Media and Sport (DCMS) may have been disappointing to many, but new hope has emerged with the recent news of a post-election move of architecture to the communities department. This shift will bring architecture under the same umbrella as housing and planning, as was the case until the Department of the Environment was broken up in the 1990s.

The move should have practical benefits too, given that the communities department remains the Whitehall sponsor of the ARB. It falls short of bringing responsibility for the entire industry within the same department, though, as there is no sign construction will be shifted from the Department of Business, Industry and Skills.

But most view architecture’s decampment to the communities department as a step in the right direction. Pringle says: “It’s really good news that we are moving. It’s better to be in a department which has those other responsibilities rather than being seen as a precious arty thing in a box.”

Robin Nicholson, partner at Cullinan Studio , agrees that the move from what he described as a “marginal” ministry makes sense. “Some architects will be upset but I’m really pleased that we are on the move because the DCMS is a bit-part player and they let Cabe be destroyed, which is pretty unforgivable.

“It’s great that we will be in with planning, housing and building regulations because one of the big issues is with the performance gap. While we are in the art department nobody was terribly interested in us talking about this issue but we have a crucial role to play in dealing with it.”

However, although the communities department is bigger than DCMS, it is still not a big beast in the Whitehall jungle. Like DCMS, its budget has been heavily cut under the current government. This looks set to continue under the next parliament, with both main parties having decided that the department will not be shielded from cuts.

But does having a big government department behind architecture really matter?

Farrell’s fellow design review panel member Robert Adam questions whether the government even needs to get involved in architecture policy. “The RIBA might be happier because they are dealing with a slightly more powerful department but I don’t see it making a blind bit of difference.”

But the Bartlett’s Carmona disagrees. “The government’s role is to set national priorities: completely disengaging, as they did in the early part of the coalition, set entirely the wrong picture,” he says.

And while rearranging Whitehall departments may be an entertaining parlour game, many feel it is actually up to cash-strapped councils to help turn this vision into reality. Carmona says: “I hope the next government put resources where their mouth is by backing up policy pronouncements with more resources for planning authorities.”

HTA’s Derbyshire agrees: “We need to see real progress on devolving tax and spend and planning authority to more convincing sub-regional economic units like a Greater London that includes the home counties and Greater Manchester.”

Cabe may never be restored to its former glories, but the solutions to a better designed built environment may lie in town halls rather than Whitehall. 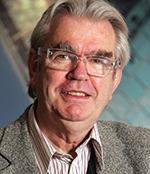