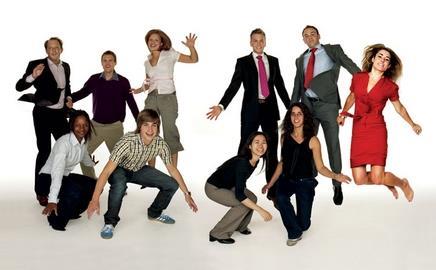 Over a year ago, we introduced you to Building’s new graduate advisory panel. Back then, things were rosy for these budding construction professionals. These days, the industry is an altogether scarier place to earn a living. Building reports on how they’ve adapted

“I see the downturn as a chance to focus on my aims for the next few years,” says Tom Wallbank, cost manager at Turner & Townsend. “I’ve been contacting clients more regularly and referring to best practice documents to make sure I’m doing things right.”

Sophie Campbell, an architect at Sheppard Robson, agrees. “These days I’m deadly serious about my career.”

“I read those things from start to finish now. Everyone is suddenly a lot more interested in company strategy,” says Aaron Wall, a graduate engineer at WSP.

Wallbank says: “I’m flexible with regards to what my managers want me to do. If the firm required me to relocate I wouldn’t question it.”

4 Putting up with bullies

“I was at a seminar for women in property,” says Diane Aldcroft, assistant land buyer at Persimmon Homes. “There was one woman there who was being bullied and was wondering whether she should leave her job. Half of the people there said yes, but the other half, myself included, told her she’d be crazy to leave when the job market was so bad. People have to put up with things they never would have before.”

5 Giving clients whatever they want

Firms are determined to keep clients by meeting their every demand – even if it is not in the contract. Blessing Gwena, assistant design manager at Kier, says: “We’re doing everything for clients, whether it means moving forward handover dates or even holding parties to entertain them. If the client wants a different window from the one specified – we change it. Before we might have argued, but now it is not worth risking losing the client.”

Campbell says: “Friends keep coming to my desk for a chat, carrying piles of paper. I asked one what the paper was for and she said ‘I’m trying to look like I’ve got lots to do!’”

Mark Chamberlain was a surveyor for NG Bailey when he joined our graduate advisory board. Since then, he’s given it all up for a career in the oil industry in Azerbaijan. He says he was looking for a job with a guaranteed future, but he admits: “I miss watching Top Gear.”

Become an expert and you’ll be less dispensable, advises Gwena. “I’m specialising in the education sector. This is the time to keep doing what you are good at and maintain relations with clients.”

9 Watching what we say

The office blabbermouth is a dying breed, as people choose their words more carefully. “If somebody says ‘oh I have nothing to do,’ they are told, ‘shush, don’t say that too loudly’. We are all more careful about what we say,” says Aldcroft.

10 Watching the subbies on site

“I am wary of our subcontractors cutting corners to cut costs, so I’m keeping a close eye on them. For instance, I’m ensuring waste is put in the correct bins,” says Richard Devoy, graduate quantity surveyor at Shepherd Construction.

People are talking a lot more about themselves and their projects,” says Campbell. “During Friday drinks the senior partners may congratulate somebody on a project. Then other people will shout ‘oh don’t forget about my project’. Nobody wants to be forgotten nowadays.”

While some people are specialising, Wall reckons this is the time to look at options you might not have considered before. “Many of us are beginning to realise our skills are transferable – a structural engineer could become a civil engineer.”

13 Working hard, even on Fridays

Aldcroft says: “Before you wouldn’t think twice of leaving a bit early on a Friday, but nobody does that any more. We all arrive bang on time and nobody leaves before five.”

“I’ve been really busy at the moment, so I have not had a chance to network or keep an eye on new opportunities, which is probably a bad thing. Then again, there are not really any opportunities out there,” says one graduate.

Sophie Campbell says: “Lunch hours are just that – an hour and not a minute more. Also, there is far less going out for lunch with contacts.”

Gwena says: “I have started to worry about what will happen to my chartership. If I lose my job I can always work in a bar, but who will help me get my ICE?”

Aldcroft says: “People really don’t want to be seen chatting to colleagues or making personal calls. You don’t stand around the office as much and you hurry off the phone.”

Some specialist contractors are holding up projects longer than necessary, says Gwena. She says some are being paid by the day and are therefore trying to stretch out jobs for as long as possible; others want to appear busier than they actually are. “For example, if something could be finished in a week, it might be worked on for two weeks.”

Campbell says: “The quality of our snacks has fallen. We used to get tea cakes and French biscuits but now it is just Jaffa cakes and custard creams.”

Visit here for the latest jobs in construction worldwide.