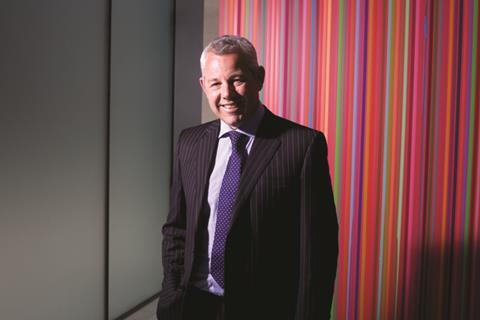 Don’t panic. Fortunately, he is keen to stress that this isn’t going to stop him from picking UK contractors for the project, but it does mean they will have to undergo a huge education and training programme. But what’s the incentive? EDF is planning to build four reactors, starting with two at Hinkley Point in Somerset, which will open from 2017 and cost up to £10bn to construct. And Cumming is raring to get going. But in the wake of the Fukushima disaster in Japan, while the UK has not followed Germany, China and Italy in cancelling its nuclear plans, progress has certainly slowed.

As the government’s nuclear plans face delays, EDF is looking at whether it can still hit its timeline, which relies on concrete in the ground by summer 2013. In addition, EC Harris estimates regulatory changes may add up to 15% to the cost of nuclear power stations across the world.

Because we’re worth it

So how can the UK fill the competence gap Cumming has identified? “For us the UK supply chain, through no fault of its own, is in a position where it’s not been exposed to this kind of project of this complexity for 15-20 years,” he says. So he sees it as part of EDF’s job to foster “relentless predictability” in its suppliers, in particular through active engagement and partnering agreements with the whole supply chain. “EDF will be actively involved with the supply chain and our key contractors, ensuring they’ve got the right levels of supervising and training,” he says. This will extend to letting small contracts for training in advance of the main civils work.

EDF will use early contractor involvement and NEC partnering contracts to ensure contractors are rewarded for investing and good performance: “There’s no point grinding contractors into the dirt, that’ll get us absolutely nowhere.” And industry estimates that the top tier has already spent in the region of £10m bidding for the main contracts doesn’t mean some contractors will lose out. Ultimately, he says, there will be more than enough work to go around, with 70% of the construction work being straightforward, high-spec building.

But there is a quid pro quo: to ensure the quality the nuclear regulators require, EDF wants control. “We will be approving the supply chains of all our main civils contractors. We want to see line of sight from top to bottom, because not only do we see it as a commercial risk if someone down the line is incapable, but we’re also going to make sure that they’re dealing properly with payments, right down the supply chain.”