BIM initiative of the year 2013 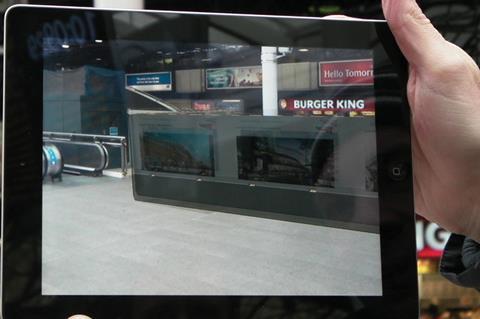 Engineering and construction group Costain is using BIM technology at its redevelopment of London Bridge station. Scheduled for completion in 2018, the project aims to increase through-station passenger capacity to 90 million people a year from 55 million. According to Costain, BIM allows all involved on site to access up-to-date information and field BIM tools mean any problem can be dealt with as soon as it is identified. The tools also be used to track materials and for more general logistics and site management. Costain also sponsors and supports the Construction Industry Forum for Mobile IT, which works to ensure that information about the best use of mobile BIM technologies is distributed throughout the industry. The judges praised Costain for its impressive planning ability and effective design and delivery.

Set up last year by contractor Willmott Dixon, surveyor Plowman Craven, recruitment firm Bespoke and architecture practice Levitt Bernstein, BIMnet is a networking organisation aimed at improving the use of BIM across the construction industry. The events BIMnet organises are free to attend and are aimed at architects, engineers, project managers, civil and structural engineers, contractors, company directors, end users, facilities managers and anyone interested in BIM and its issues in construction.

The possibilities of BIM solutions are being tested on the huge Crossrail transport project in London and the wider South-east. The use of BIM on the project is clearly crucial, with 25 design teams and 60 construction contractors currently working on the scheme. The company says that it see the possibilities of BIM as extending far further than 3D modelling, involving a process of generating and managing whole-life asset information, which should reap dividends for the railway’s ultimate operator. The company has also started work on an information framework that could be used on future rail projects to ensure than information generated at design and build stage can be retained to inform the ongoing operation and maintenance of the project.

Architecture practice Levitt Bernstein has been using BIM since 2006 and says that the firm has developed robust protocols and processes in order to maximise the efficiencies that can be gained through the use of information-rich 3D models at both pre- and post-contract stages. The firm highlights its use of BIM on the Aberfeldy Estate regeneration project in Tower Hamlets, east London, which involves the construction of 1,100 homes in six phases over 12 years. According to Levitt Bernstein, its landscape team has for the first time fully implemented BIM processes for the delivery of the scheme.

Set up by NBS, a company wholly owned by the RIBA, the National BIM Library is an online resource aimed at architects, engineers, contractors and anyone else interested in developing their use of BIM. The website hosts data and case studies on how BIM has been used in the past, providing a major resource for the industry. The development of the library is informed by input from companies such as Tekla, Nemetscheck and Graphisoft, as well as users. The initiative has been recommended by the UK government’s BIM Task Group as a resource for the UK construction industry and it has already been used by foreign governments looking to adopt BIM.

Speller Metcalfe, an SME building contractor, and Worcestershire County Council are working together under the West Midlands Contractor Framework with two other contractors to deliver projects in both Herefordshire and Worcestershire. According to the organisations, they have been early advocates of the advantages that BIM can bring to projects over traditional building practices. They say that their work on the Habberley Learning Campus - a £22m Passivhaus education development - provides a model for using BIM on both lower value and local authority developments.