Freed from the shackles of coalition government, chancellor George Osborne will be outlining some quite different policies and priorities when he presents his emergency Budget next week. The question, of course, is whether a boost for construction is on the cards 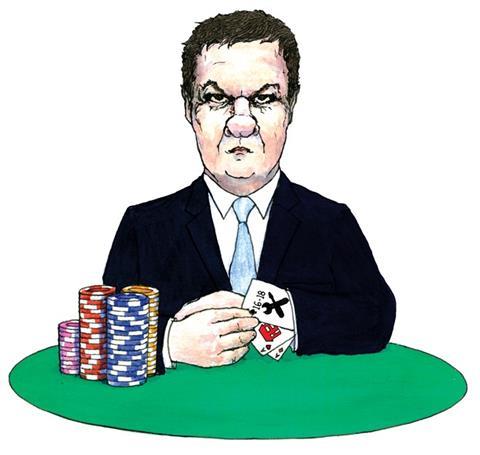 Should he achieve nothing else, George Osborne will go down as the chancellor who turned the emergency Budget into something of a tradition.

In 2010, David Cameron’s chief lieutenant had little choice; as soon as the ink was dry on the coalition agreement, Osborne needed to get cracking on a Budget that would act as a guide to five years of austerity. The plans of the previous Labour administration were ripped up because, the Tories maintained, the economy faced disaster. Years of recession seemed inevitable.

Last month’s first surprise was that the Conservatives no longer needed the Liberal Democrats, or any other party for that matter, having won a majority of 12 at the general election when the opinion polls pointed to a second successive hung parliament.

The second was that Osborne, freed from the shackles of two-party governance, called a second Budget in four months for 8 July. The definition of an emergency budget is that it is held shortly into a new parliament – though nobody has ever previously associated the phrase with a chancellor that is not replacing another. So what should we expect?

Given that December’s Autumn Statement – with its £15bn of road improvements, 42 flood defence schemes and a promise to devolve corporation tax-setting powers to Northern Ireland – was a Budget-lite, this means Osborne will have unveiled three very substantial yet similar economic statements in eight months.

There are clear questions as to the necessity of this coming Budget – though Osborne needs to explain where he will find the £12bn of welfare cuts he promised during the election as part of an effort to balance the nation’s books by 2018/19.

More pertinently, ministers in spending departments are not expecting much change. As an education department source puts it, the Priority School Building Programme, now in its £6.2bn second phase, will get another “commitment” from the chancellor.

That, then, will be old money – it’s been announced before.

But the other reason for the relative lack of speculation about what will be in the Budget is that the Treasury is keeping its notes under wraps as never before. The education source says Downing Street and exchequer aides were completely spooked by threats from Sir Nicholas Macpherson, the Treasury’s permanent secretary, that he would call in the police in the event of any leaks prior to March’s Budget.

Professionalism has borne secrecy. But Building has uncovered a few nuggets that are set to be unveiled next week, and here we consider the speculation most likely to be confirmed by Osborne when he opens the red box that contains his second emergency Budget.

Generally, construction industry leaders have pleasure that we’ve got a Conservative government – as they feel the case for infrastructure has been backed

Stephen Ratcliffe, director at the UK Contractors Group, is content as he clears his desk for semi retirement at the end of this month. “Generally, construction industry leaders have pleasure that we’ve got a Conservative government – though they would have been happy with the same coalition – as they feel the case for infrastructure has been backed. We’re not expecting capital spending to be at the brunt of any cuts.”

He’s quite right. Rather, Osborne, who rarely wastes an opportunity to don a hi-vis vest to show how the economy is on the up as a result of new infrastructure, will announce the release of more than £100m to get Crossrail 2 built.

Running in a south-west to north-east corridor through London, the sequel to the still-under-construction east-to-west London line is a Treasury favourite.

Consultants have just submitted to Transport for London a report containing an economic case justifying spending £20bn on Crossrail 2, largely on 36km of new track, while a public consultation in December found 95% of 14,000 respondents are in favour of the line. “There’s significant benefit in terms of this project helping [transport] with the future growth of London,” said a source who has seen the report.

A source close to Crosssrail added: “There is likely to be some seed corn money in the Budget – and it will not be an insignificant number, probably north of £100m, just to keep the project moving. The consultation is done, this will help get it through to planning.”

In terms of infrastructure, Osborne is most closely linked with the idea of creating a “northern powerhouse”. He wants to rebalance the economy away from its dependence on London and the South-east, and he believes this can be done by building faster transport links between major metropolitan centres. Work on this infrastructure would be funded from central government. This means last week’s confirmation of problems with Network Rail’s £38.5bn investment programme, which included delays to the £1bn electrification of the Midland Main Line, should have no effect on Osborne’s infrastructure announcements.

Part of this grand concept is High Speed 3, which could ultimately connect Liverpool and Hull via Liverpool and Leeds. The latter two cities are the end destinations of the two lines that leave Birmingham as part of the £50bn HS2.

HS3 is certain to receive a reference, if not any new money. An executive at an engineering firm that is eyeing work on the projects says: “Osborne is likely to announce some early preparation in HS3, such as route assessment, like they did on HS2, so they can start drawing up initial baselines for the budget.”

A second source close to HS3, who is keen to point out that it is conceived of as a series of transport upgrades rather than a complete new build line like HS2, says that Osborne could, in addition, make reference to a feasibility study for a Trans-Pennine road tunnel. This could reduce journey times across the Pennines by half an hour and the plans are being overseen by Highways England.

Previously, Osborne has said of this tunnel: “It is the sort of project under way in other countries thinking long term about their future prosperity and jobs, and we raise our ambition here in the North to achieve the same.” 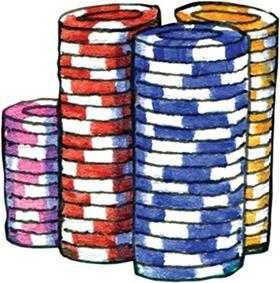 A senior minister says that housebuilding plans are unlikely to be sketched out in great detail because of the upcoming housing bill. This will extend the right to buy homes at a discount to 1.3 million housing association tenants and create a brownfield regeneration fund to help councils build new properties.

Housing industry sources expect this bill to be ready before this month’s summer recess of parliament. They also believe that Osborne has little choice but to expand on a crucial passage of the Conservative Party’s election manifesto: the promise to build 200,000 “starter homes” at a 20% discount.

The manifesto stated that the homes would be “affordable” – the implication being that the discount would help the government meet its affordable homes target. However, housing industry sources argue it is not clear that even with this discount they will meet the definition of affordable, which would be to make sure that homes are available to those who cannot reach market prices.

“We will see some detail on that work,” says one housing executive. “But there are going to be questions asked about that work.”

Affordable housing lobbyists are not particularly hopeful that their pre-Budget submissions are receiving much attention from the government. For example, the National Housing Federation has been after a meeting with Treasury officials or ministers ministers for weeks, but, at the time of writing, has received no response.

The NHF’s submission argued that the country needs to build 245,000 homes a year. About one-third of these need to be affordable homes – and the NHF wants the government to invest £2.5bn each year to build them. The organisation also wants the government to give local authorities more power to co-ordinate the release of land with planning for new homes, which would chime with the Conservatives’ devolution plans.

The Budget might only make a few references to new homes, but that is not to underestimate how important the government perceives the housing crisis. As one minister puts it, this is an issue that Osborne is “being regularly lobbied on”.

Osborne is likely to announce some early preparation in HS3, such as route assessment, like they did on HS2, so they can start drawing up initial baselines for the budget

Plans to sell a stake in the Green Investment Bank (GIB) hit the headlines last month. Designed to invest in energy efficient projects, including offshore wind and bioenergy plant, the GIB has been hailed as a world first and has lent to 50 projects since launching three years ago. On 24 June, business secretary Sajid Javid confirmed the reports, with well-briefed suggestions in some newspapers that around 70% of the group could be offloaded to the private sector in a deal worth around £1.4bn to the Treasury. The plans are likely to be further detailed in next week’s Budget documents.

However, many MPs would have preferred the government to have sorted out the way the bank operates first. Notably, both Labour and Liberal Democrat manifestos were committed to giving GIB borrowing powers like a normal bank – at the moment it merely uses its financial settlement from the Treasury to lend, meaning it lacks true autonomy.

More importantly, an industry source says that GIB executives would like the government to “broaden its remit into other forms of complicated project support”. This would involve GIB investing in proper insulation on social housing projects or charging electric cars on regional transport schemes. One reason this could turn up in the Budget is that allowing GIB to invest more widely could raise its value ahead of a sale.

Of greater concern to many environmental campaigners is the Green Deal, which is supposed to encourage householders to make energy-saving improvements such as loft insulation and double-glazing. Whitehall insiders believe that Javid and energy secretary Amber Rudd, both of whom started their roles in the post-election reshuffle last month, have little time for the scheme as they are free marketeers who see this as interventionist policy.

The Green Deal, launched in 2013, has seen little consumer take-up so far – the House of Commons energy committee dubbed it a “disappointing failure” last year. Although Javid and Rudd would probably be happy to see it scrapped, it is thought that Osborne will mention plans to reform the way the deal works – if he looks to scrap and replace it, a new Green Deal could take years to reintroduce due to red tape.