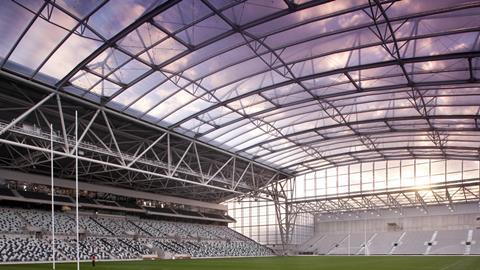 Specialist Contractor of the year

Vector Foiltec is a first-rate example of a cutting-edge specialist contractor succeeding on the world stage. Founded in 1984, the specialist was the first contractor to bring EFTE cladding to the market and has since worked on over 1,200 projects in 19 countries - including the Beijing Water Cube for the 2008 Olympics - using patented variants of its product. The contractor work on a glittering array of high-profile international projects in 2011, including two stadiums for the Rugby World Cup in New Zealand, the Singapore Sports Hub and the Masdar Institute of Science and Technology in Abu Dhabi. These projects helped the firm increase turnover by 12% and profit by 25%. The judges praised the “incredible design” of Vector Foiltec’s projects, its success in “exporting products around the world,” its ability to “diversify effectively” and its “relationship-based company ethos”.

BBES posted a 30% increase in profit as it worked on a series of prestigious projects, including Blackfriars Station. It also invested heavily in off-site manufacturing and launched a facility to produce modular units.

Demolition contractor Cantillon worked on a series of highly challenging jobs in 2011 in the heart of London, including on London Bridge Quarter and the redevelopment of Elephant and Castle. Its adaptability enabled it to increase turnover last year by almost 40%.

In 2011 Overbury delivered the fit-out of the BBC’s MediaCity UK complex in Manchester and the University of the Arts at Kings Cross, London. These major jobs helped the specialist achieve increases in both turnover and profit last year.

Last year Prater entered the big league of specialist contractors, after completing its sale to German cladding giant Lindner. It completed its largest international job to date to deliver the roof of the Formula One Grand Prix grandstand in Delhi, India.

This is a business that is clearly capitalising on wider market investment in energy efficiency and the fight against climate change. Last year profit leapt more than three-fold from £595,000 to £1.8m, while of the past three years staff numbers have more than doubled to 189.