Richard Steer has been instrumental in developing Gleeds’ global footprint 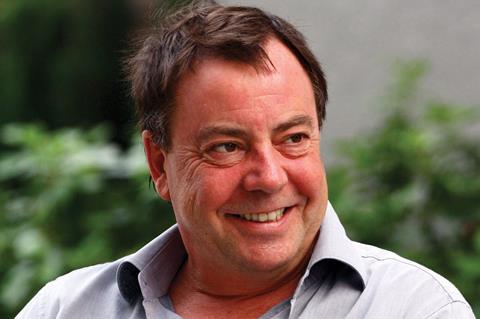 The winner of Building’s personality of the year award is a company man to his fingertips. Gleeds’ chairman Richard Steer first joined the business in 1981 and in the intervening 36 years has been instrumental, not just in maintaining Gleeds’ reputation domestically, but in developing its global footprint.

Under his leadership, the company has taken its construction management expertise to pretty much every corner of the world and to date has won awards for its work in no fewer than 10 countries.

The numbers speak for themselves. When Steer first took over the management of the business, Gleeds had a turnover of £31m, a UK staff of 480 and fewer than 10 overseas offices. Today, the company has a turnover of £189m and around 2,000 people working for it based in 68 offices around the world, all achieved without the need for external investment.

The company has also been responsible for project and cost management on some of the most significant buildings to have been constructed in recent years. Its projects range from the creation of the world’s biggest airport at Mexico City to working on the Daytona 500 racetrack in the US. In addition, Gleeds has taken on high-profile refurbishment projects, including the Ritz in Paris and Buckingham Palace in London, a project on which Steer worked personally.

However, his achievements don’t just relate to Gleeds and its performance as a business. A chartered surveyor, Steer plays a leading role in supporting the RICS, particularly in its work drawing up professional standards. He has also developed a keen personal interest in the development and use of building information modelling (BIM) and has been instrumental in promoting the technology.

In addition, Steer has taken the time to help break down the barriers between different parts of the industry. In particular, he has dedicated time and resources to enhance the relationship between architects and construction managers by sponsoring a series of lectures on sustainability and has also acted as a member of RIBA’s professional practice board, economic panel and membership committee.

As a result of his efforts, RIBA made Steer an honorary fellow in 2015. The following year, the CIOB also recognised his contribution by conferring on him its special fellowship award.

Steer is also active in developing the next generation of built environment professionals, ensuring that Gleeds works with school leavers around the world to educate them about the benefits of joining the industry. Every year, Gleeds organises a programme of initiatives known as its Global Challenge, with themes ranging from improving school buildings and providing equipment to assisting in the provision of new play facilities.

The idea is to raise both funds and awareness of the benefits that the built environment can offer. Steer plays a pivotal role in the success of the Global Challenge, visiting offices around the world to encourage and review contributions to the chosen charities.

But his extracurricular interests extend beyond the built environment. Over the last four years, he has been working extensively with prison rehabilitation charity The Nehemiah Project, during which time he has met and mentored ex-offenders and supported fundraising initiatives on its behalf.

Combining his professional knowledge and his involvement with the charity, last year Steer also funded and managed a major report, Rehabilitation by Design, on how the design of prisons can be used not just to incarcerate but to rehabilitate.

Finally – and as anyone who has spent any time with Steer knows – he is a lot of fun. His lust for life and passion for the built environment are infectious. In short, he is a big personality with a strong commercial track record, all of which makes him a more than worthy winner of this year’s Personality of the Year award.