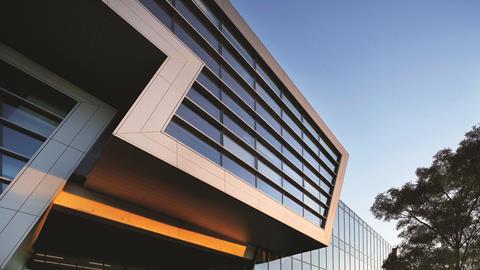 The latest government data shows dramatic variations in the cost of construction procurement across the public sector. But will arming decision-makers with these figures turn them into leaner, more savvy clients? Building reports

Last week, Cabinet Office minister Francis Maude published the first progress report on the government’s ambitious strategy to cut the cost of construction by 15-20% across the public sector by the end of parliament. So far, savings of 2% have been made on the 2009/10 benchmark - equivalent to up to £180m, which, though small, leaves the government on track to meet its target.

More significant, amid the raft of data, are figures that demonstrate, for the first time, exactly how haphazard and varied the government’s buying of construction has been until now. Last year’s publication of the James Review shocked many by revealing how some schools, considered on a pound per square metre basis, cost more than twice as much as others. A result, we were told, of the profligate and uncontrolled Building Schools for the Future system.

﻿If you do choose to spend twice as much on a school as you might have had to, your electorate should know

But last week’s data gets under the bonnet of construction procurement across government, and shows exactly the same thing. It sets out, for the first time, benchmark cost data for hospitals, flood defences, prisons and roads, as well as schools - data on rail, housing and all the rest of government spending will be included in future benchmarks. It finds that the average ratio between cheap and expensive projects is 1:1.8. In other words, the government is building some buildings at nearly double the cost of others.

Having lifted the lid, the question now is how the publication of this information can help in the drive to cut costs, and whether the wider strategy can deliver savings.

The data gives a fascinating insight into the cost of public buildings. And it isn’t reliant on freak results, as the ratio compares the cost of projects at the 20th percentile of cost with the 80th percentile - not the absolute cheapest or priciest. While some buildings - large schools, for example - are relatively consistent in cost, others, such as healthcare buildings and flood defences, are wildly varying. Refurbishments under the Procure 21 health framework in 2009/10, for example, varied in cost from £1,130 to £2,450 per m2. The cost of flood defence walls built by the Environment Agency was between £1,386 and £3,784 per metre.

For chief construction adviser Paul Morrell, the man who devised the government’s Construction Strategy, these cost disparities are hugely significant because they indicate how much scope there is for saving money. With finite resources, the impact of building one school at twice the price is that one less school gets built. “This data shows you in a single blow that you can knock 20% off the price of an average school by doing consistently what you already know how to do well,” says Morrell. “If you know that, then you go into the market in a new way.”

This description of a public sector that doesn’t know how much its buildings should cost is familiar to the industry. Dave Mathieson, director at consultant Turner & Townsend, says: “Previously people have set a budget and spent it without really any understanding of whether it’s high or low - it hasn’t been based on evidence.”

Of course, there are many reasons for variations in cost, many of which may be genuine, such as the complexity of a particular site, the one-off nature of a project as opposed to something that is part of a programme. But Morrell says that, for schools, the price variation is huge even when the data has been normalised for these factors. “There will be random circumstances around projects,” he admits. “But some of [the disparity] will be discretionary decisions made around, for example, the more gymnastic aspects of design, because people thought that’s what they wanted. But they were uninformed by what that particular design might be compared with.”

Morrell’s prescription is that, armed with the data about what a building should cost, those procuring buildings will be forced to justify more expensive projects. “I know this is very much on Francis Maude’s mind: if you do choose to spend twice as much on a school as you might have had to, you might be at liberty to make that decision, but your electorate should know,” he says.

﻿It’s information that makes the client think hard about what they’re buying - do they want a Rolls-Royce, or a Ford?

Publishing the numbers, he says, will influence people to change what they buy, and make them much more cost-conscious.

As David Fison, chief executive at contractor Osborne, says: “It’s information that makes the client think hard about what they’re buying - do they want a Rolls-Royce, or do they want a Ford?”

It is a viewpoint with which consultants, the number crunchers of the industry, concur. John Hicks, head of government and public at Aecom-owned Davis Langdon, says: “This report is key. It will force councils to say, ‘How come that school in Manchester managed to do it cheaper?’ It’s about empowerment through data.”

It also aims to address what most regard as the toughest challenge with construction procurement - spreading the knowledge to the 40,000 or so building buyers across the wider public sector - by arming them with the knowledge to become better informed clients.

However, while the publication of benchmarks is welcomed, some say that the drive to eliminate cost variation between projects is futile, given the huge variation in circumstances between different projects, and that it could lead to false expectations of improvements.

Osborne’s Fison says: “However they crunch the data, it won’t be comparing like with like, so there will always be big variations in cost. The per square metre price difference between a low-rise acute hospital and a high-rise one on a constricted site with a large number of surgical wards will always be huge.

“More significantly, there is a tension between Morrell’s prescription for savings realised by centralised procurement by clients with large programmes of work, and the government’s “localism” agenda, which will encourage the growth of inexperienced one-off clients buying buildings.

It is what Davis Langdon’s Hicks describes as “the price of democracy”, and it is the major challenge to Morrell’s vision of educated clients buying in an intelligent way.
Graham Watts, chief executive of the Construction Industry Council, says: “I can’t see the governors of free schools having the knowledge to do this. Localism inevitably implies a trade-off, and I suspect buildings will be costing more [because of this].”

Morrell’s strategy also relies on civil servants taking much tighter control of projects - an issue that was behind last week’s announcement of a £6.7m civil service leadership academy for major project leaders - at a time when cuts mean many departments are losing senior staff.

Darren Talbot, head of schools at Davis Langdon, says the public sector, in cutting consultant support, will have to be careful not to throw the baby out with the bathwater. “It’s a really nice idea,” he says. “It’s a big bang approach. But you have to ask, if there are all these great project managers in the public sector, then where have they been hiding them for the last few years?”

With progress updates on the strategy due every three months, we’ll find out sooner rather than later if Morrell’s prescription is right.

The construction strategy stipulated that all central government projects should use level 2 BIM by 2016. The Ministry of Justice has been the first to sign up, committing to become an early adopter of the technology and use it on four prison projects.

Morrell says the uptake of BIM has exceeded expectations since the launch and that the roll-out to other departments is on course. “Certainly the statement that this is the only way government is going to buy by 2016 seems to have galvanised action all over the place,” he says. “The strategy is well-resourced, it is properly funded within government, it is structured and I’m really pleased with the way it’s coming along.”

Seven government schemes worth more than £30m in total will pilot three new forms of procurement across four departments. Morrell says the new methods have been designed to reap the benefits of partnership working while maximising competitive tension to keep prices down.

The Environment Agency and the Ministry of Defence are to take forward “cost-led procurement”, which will involve contractors within a framework bidding according to cost benchmarks. The Homes and Communities Agency and the Environment Agency will take forward a modified version of this, called “two-stage open book” under which chosen contractors will have to work up detailed proposals on an open-book basis.

The construction strategy had said these systems would be up and running by October last year, but the announcement was delayed while a scheme was found to trial the third pilot - “integrated project insurance”, where the client has one insurance policy that covers the entire integrated team. This will be taken forward by the Ministry of Defence.

According to last summer’s strategy, the Cabinet Office will: