Building magazine project of the year 2013

Biggest doesn’t always mean best, but in the case of Renzo Piano’s Shard, the building’s scale, technical wizardry, speedy delivery and stunning design mean it towers over the opposition 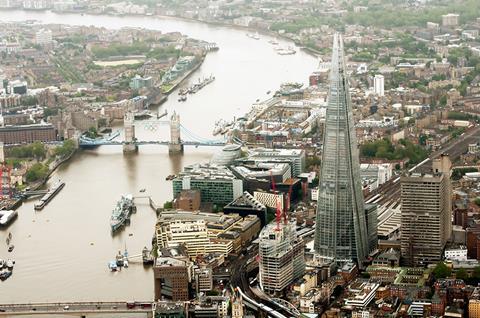 At 310m, the Shard is the tallest building in Western Europe. The £480m project was developed by Sellar Property in association with London Bridge Quarter Ltd, designed by Renzo Piano and constructed by main contractor Mace. According to Mace, in 2006 the Shard was one of a series of towers planned in central London and considered by many to be the least likely to proceed because of the financial risk involved, as well as the technical challenges. However, the Shard achieved practical completion in November 2012, just 38 months after work started on site. Mace attributes the project’s success to its own innovation, as well as the vision demonstrated by Sellar and Piano and his design team. According to the judges, the Shard confounds the US perception that the British can’t build tall buildings.

Described by Aecom as a “once in a lifetime project”, the British Antarctic Survey Halley VI Research Station is the world’s first fully relocatable, permanently manned Antarctic research station. Aecom says that the project required an intimate collaboration between the client, design team, main contractor and supply chain. The challenges involved extreme cold, a limited period of time when construction could take place, tight finances and strict environmental protocols. Built at a cost of about £26m, the project is now home to a team of polar scientists and their support team.

The Emirates Air Line is the UK’s first urban cable car, transporting passengers across the Thames from London’s Greenwich Peninsula to the Royal Docks. With a project value of £58m, the scheme can transport 2,500 passengers an hour in its 34 cabins. The project was completed on 25 June last year, less than 10 weeks before the London 2012 Olympic Games opened, and provided a convenient link between the Millennium Dome and the ExCeL Centre, both major venues for the Games. While it was vital that the project was complete for the Olympics, in the longer term it is hoped that the project will support the regeneration programmes in both North Greenwich and the Royal Docks.

Completed in July last year with a project value of £105m, the FA Centre of Excellence, or St George’s Park, comprises a hotel and sports sciences facility, as well as indoor and outdoor football pitches, all set within the National Forest in Staffordshire. The project’s location obviously demanded a sensitive approach to the natural environment and it was consequently designed so the development is completely hidden by the forest until visitors are within 1km of the site. According to Turner & Townsend, the project was completed on time and on budget, despite the incorporation of significant additional utilities works at a late stage in the project, which put severe pressure on both the timetable and budget.

With a project value of £32m, the Forum opened its doors in April last year. According to consultant Buro Happold, the key space within the building is a naturally ventilated area covered by a freeform timber grid-shell roof, which saved the project over 65 tonnes of embodied carbon compared with a steel alternative. Combined with other sustainable feature, this means that the project can also boast a BREEAM “excellent” environmental rating.

Australian shopping centre specialist Westfield’s £1.8bn Stratford City project started on site in 2008. Completed just three years later, the mixed-use development brought back into use 73ha of brownfield land adjacent to the Olympic park in east London. The project has received a BREEAM “excellent” sustainability rating and provided around 10,000 permanent jobs in an area characterised by high rates of unemployment. According to Westfield, when Stratford City opened in 2011 it was already fully let and within four days received more than a million visitors.