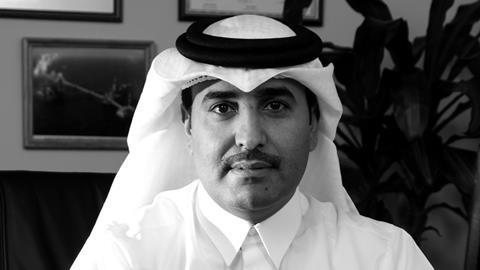 Qatari client Msheireb Properties wants its £3.5bn Downtown Doha scheme to be the prototype for future cities around the world. Building talks to its chief executive about why this masterplan is so radical and why he wants UK expertise to help make it happen

When the Qataris do business, they do it in style. On arrival at the headquarters of Msheireb Properties in Doha for a meeting with the chief executive, cardamom-scented coffee is ceremonially poured into cups and a wooden box filled with orange infused dates is presented to each visitor in the room. Arabic culture
and tradition are at the forefront and discussion of the future of some of world’s most expensive construction projects is momentarily put to one side.

It’s easy to be distracted: the meeting room arranged for the interview is more like a state reception hall - vast with brightly embroidered banquettes snaking around the walls and a set of huge double doors opening directly onto a sun-drenched terrace jutting out over the Persian Gulf. It’s the perfect spot to take in the magnitude
of the West Bay skyline.

﻿If we mimic cities, people will come to Doha and say ‘I don’t need to go to Dubai or abu dhabi now’. Visiting these cities will become boring

And yet this cluster of tall buildings, though impressive, doesn’t quite work. Looking at them you could just as easily be in Dubai or Abu Dhabi. And no one is more aware of this than the Qataris. That’s why, explains, Msheireb’s Issa M Al Mohannadi, things are about to change. He believes that after years of Qatar being influenced by international design, it is about time the tables were turned: “A lot of our existing buildings were developed by ex pats,” he says. “Their ideas were not necessarily what were best for the city. We feel that there is a better way to do it. One that could be a prototype for future international development.”

Mohannadi, a trained engineer, and Msheireb are backed to the hilt to develop the new £3.5bn Downtown Doha scheme, supported by the economy of the richest country in the world, and one that also happens to be sitting on vast oil reserve. His ambition with Downtown Doha is not only to introduce a new style of masterplanning and design to the city and the country overall - but also to make it the greenest urban development in the world. And the best part is that he needs international expertise to make it happen.

While Mohannadi is determined for the project to be culturally embedded in Qatari history and tradition, he “absolutely” wants, and needs to work with international firms on this, and future, projects. More good news for British firms is that all bar one of the architects on the Downtown Doha scheme are British-based. UK contractors could be next in the foodchain: construction packages are due to be awarded from May this year up until 2015.

So what will it take for the UK firms to convince Mohannadi that it can deliver this giant Qatari client’s vision?

Msheireb Properties was set up in 2009 as a real estate subsidiary to the Qatar Foundation - a private, chartered non-profit organisation and investment source for development in the country. It spent three years researching Qatari architecture and urban planning practices worldwide to come up with the best process possible to create cities and downtown regions. The result is Downtown Doha, which is due to complete on phase one of five by the end of this year, and scheduled for final completion in good time for the 2022 World Cup. The principle is to create a link between Qatar’s past and future through design and construction techniques that combine modern tools with ancient practices.

“A lot of the style from the past was ignored when the city was developed. We want to change this. For example, the way the buildings are designed and positioned to deal with the weather. This is very basic but something that many modern developers ignore,” says Al Mohannadi. “We have positioned buildings to work with the weather, the way it was done in the past before air conditioning. You can build to get prevailing wind coming through the streets and cooling the passage ways and we know the sun position throughout the year so we can position buildings to offer maximum shade in the hottest months.”

In addition to the climate, Al Mohannadi says the design reflects Qatari culture: “Generally speaking I think cities have started to mimic each other more and more - it’s part of the globalisation we are seeing. If we mimic cities, people will come to Doha and say ‘I don’t need to go to Dubai or Abu Dhabi now’. To be honest, visiting these cities will soon become a boring experience if we’re not careful. Downtown Doha is built to position the roads exactly where the ancient roads were, so it’s a very traditional layout. The project style will incorporate ancient heritage buildings positioned near the site and will include a lot of Qatari art.”

Al Mohannadi’s pride in this vision is reflected in the fact that this year Qatar will have a bigger exhibition and pavilion than ever before at Mipim in Cannes. He wants to present Downtown Doha as the future of worldwide city masterplanning. “I don’t know why we have had a reputation for being secretive in the past,” he says. “I feel Qatar has always been politically quite active. But we are using Mipim this year as an opportunity to show the world what we are doing.”

Greenest in the world?

One thing that is certainly been done on the Downtown Doha project is a continued dedication to sustainability. Made up of over 100 buildings, with a LEED Gold average rating, Al Mohannadi, who is also founder and chair of the Qatari Green Building Council (QGBC), predicts Downtown Doha could become the greenest project in the world of its size.

“We acquire materials from 500 miles around the project,” says Al Mohannadi. “Renewables are being used, PV on the roofs, shading devices to reduce the need for air conditioning. And our development is mixed use which is unusual here so far. This reduces the need to travel by cars - especially if we provide good public transport. Cycling will also be a priority. People say that is impractical in a country like Doha. Why? Should we ignore this option because for three months it is too hot to cycle?”

With the main construction packages still to be awarded for the next four phases of Downtown Doha and consultants packages up for grabs for the latter stage of the scheme - the opportunities to win work with Msheireb are real. The Qatari client already enjoys working with UK firms including Arup, Buro Happold, Balfour Beatty, Carillion and Gensler.

“Definitely there are opportunities for UK firms here,” says Al Mohannadi. “And this will only increase in the lead up to the 2022 World Cup.” He says that the firm is very approachable and that events such as Mipim or going online are the best ways for potential suppliers to get in touch. But he adds that, like most Qatari clients, standards are exceptionally high and the decision process is long and tough.

“We did three years of research before we pulled together a list of 100 architects for Downtown Doha,” he explains. “We invited a panel of international experts from
places like Harvard to come and select the winners - the top five.”

It’s true that Qatari clients expect the best from British suppliers says Roger Nickels, Buro Happold’s regional director for the Middle East. “There is a great deal of respect for UK firms but it is not assumed, it is earned,” he says. “You can’t blag it. You have to know exactly what you’re doing.”

Time’s up. Al Mohannadi politely excuses himself and walks the length of the meeting room to the door, past the sundrenched terrace and the looming West Bay skyline, eyes firmly fixed ahead. One thing’s for sure: the country’s upcoming vision for development is not to be found within those glittering skyscrapers. The future for Qatar may be bright, but it’s not bling.