Guide to winning work in… education 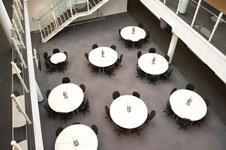 With a new primary school investment programme joining Building Schools for the Future and the academies scheme, education is still a rich source of work

Building Schools for the Future

What work is in the pipeline?

The government's £45bn Building Schools for the Future (BSF) programme covers the rebuilding or refurbishment of all secondary schools in the country, including large elements of the government's drive to build 400 academies. With completion of only 35 schools expected by April 2009, there's still plenty to go around.

The main procurement route for schemes in local authority areas where projects total £150m or more is through a local education partnership (LEP) formed between the authority, government delivery agency Partnerships for Schools, and a chosen building consortium.

Local authorities wanting to carry out schools projects have been placed in “waves” by Partnerships for Schools depending on their readiness to carry out the work – a timetable for regions in waves seven to 15 is due to be announced early in 2009. Once each authority is ready, it is given the go-ahead to set up an LEP. Local authorities are being encouraged to use LEPs set up for building secondary schools to deliver primary schools and healthcare buildings too.

The private sector role can be advertised either through open tender on OJEU, or to firms on existing local authority frameworks in regions where this is applicable. The private sector consortium will usually include equity partner, contractor, architect and ICT provider. Firms lower down the supply chain will be appointed by the winning consortium. Consultants that work directly for the client on areas including programme management, technical aspects and legal services are appointed from national frameworks run by Partnerships for Schools. A list of re-procurement dates for these frameworks, together with the firms now on them is available.

Partnerships for Schools gives the list of which local authorities have schools projects in the pipeline on its website www.partnershipsforschools.org.uk, together with a list of the firms working on projects that have been won..

What work is in the pipeline

Some £4bn of academies and smaller BSF projects up to the value of £150m per project will be covered by a new academies framework, to be procured early next year.

The academies framework is used by local authorities to appoint contractors to academy schemes in areas not yet prioritised for inclusion in BSF, and for smaller secondary school BSF projects up to the value of around £150m.

The existing contractor framework was set up to run until 2010, with £2bn worth of projects, and comprises six firms – Balfour Beatty, Carillion, Kier, Laing O'Rourke, Skanska and Willmott Dixon. However, this is now being re-procured to cover a potential £4bn worth of contracts. The tender process will begin early in 2009, with firms to be appointed and winning work by next October.

Once main contractors are appointed to the framework, they can bid for schemes that local authorities across the country decide to procure under the route.

Each contractor has identified a regional supply chain for each of four regions – the North, the Midlands, the South-west, and the South-east including London. These supply chains include a national architect partner to oversee designs put forward by the regional teams.

Partnerships for Schools is the government's delivery body for these schemes and runs the framework.

What work is in the pipeline

A £7bn primary school programme aimed at rebuilding or refurbishing 8,000 of the UK's 18,000 primary schools over 15 years is to get under way in April.

Local authorities are being encouraged to use LEPs where possible to award primary school contracts, or existing local frameworks.

With this programme yet to get under way, there is everything to play for. Firms would be advised to become involved in the supply chain for existing LEPs or to use local authority contacts to win work.

The Department for Children, Schools and Families is overseeing this programme. A list of authorities that have received funding approval has been published.