Scott Wilson goes it alone on road to recovery 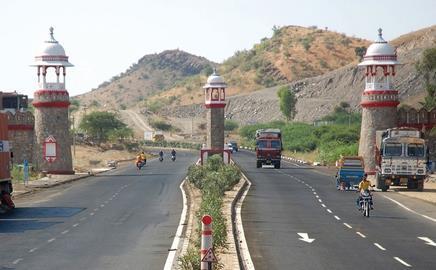 Scott Wilson’s Glaswegian chief executive Hugh Blackwood has a battle-hardened air about him.

He says he “learned his craft working in Africa building basic infrastructure and sleeping under heavy mosquito nets”. It’s just as well, as after 30 years with Scott Wilson (and two at its helm) he’s leading the £360m-turnover listed engineering group in the fight against recession and the new government’s plan to take a baseball bat to public spending.

Then there’s those acquisition rumours that just won’t go away, although he insists: “This company is not for sale.”

Blackwood (pictured) says that while selling up is not part of the plan, forming alliances with large US firms is. Scott Wilson already has tie-ups with acquisitive US firm Aecom, understood to be poised to add David Langdon to its shopping basket, on jobs in Iraq and on Turkey’s Izmit bridge.

The firm is also in an alliance in Saudi Arabia with CH2M Hill. “There is a whole range of relationships we can have with US firms without being bought,” says Blackwood. “US firms may be bigger but they don’t have the global reach of many UK consultants, while we benefit from the heavyweight back-up.”

He adds that global consolidation a la Balfour Beatty and Parsons Brinckerhoff is a “natural response to the increasing sizes of projects, especially in infrastructure”.

In fact, he makes US-UK tie-ups appear to make so much sense you can’t help wondering whether he is in the market to be acquired after all. “Well, we are not in the market for being bought at the moment, but you can’t rule anything out,” he says.

Things might be different when the firm’s share price perks up. It was 94.5p at the time of writing compared to £3.50 before the recession. Blackwood puts this down to worries about public spending and the company’s £24.2m pension deficit (as of last May). “Both these are about uncertainty so as soon as we have at least an emergency budget that will improve certainty,” he says.

Some say the hole in the pension fund has put off buyers, but Blackwood says: “We’re contributing £1m a year to the deficit at the moment but we won’t be in five years.” He adds that the maximum payout for the fund is not until 2035.

And whether he wants to sell or fend off a takeover, the next results, at the end of June, should help: “Our cash situation has never been better,” Blackwood says (see box).

Looking further ahead, he is building up existing international business rather than chase work in new territories, to counter the slump in the UK public sector. A year ago international work made up 32% of turnover; now it’s 40% and growing.

Of the remaining 60%, about half is in the UK public sector, although a lot is in the parts that look like holding up best, such as renewable energy and nuclear. An Achilles heel could be its work on Crossrail. Blackwood believes the project could be postponed or cut, as Building reported last week. But he thinks the design phase – the most valuable to the firm – will go on into next year as planned. “It’s tough but we are in high spirits.”

Scott Wilson had a tough 2009. The firm slashed its workforce by 10% (about 600 people) globally and took a hit in Dubai. “It was only after we’d signed the contract that we discovered our client on the World Islands, Dar, was $3bn in debt, which was not the cleverest move,” Blackwood says.

In line with these issues, for the year to 3 May 2009, Scott Wilson’s profit was flat, at £22.6m, while revenues grew 11% to £360m from £324.2m the previous year. Then, in December, it posted a 5.3% pre-tax profit dip in its half-year results. Better financial news is to come, says Blackwood, and there are no plans for “further huge programmes of redundancies”.