The construction strategy: Together at last?

The government and the construction industry. It’s been a long, love-hate affair but the new construction strategy is an offer to try to work things out

The government construction strategy released by Francis Maude last week, reads like one long personal ad to court the UK construction industry. The central message being that the government is embarking on some self-improvement, has gone to the gym and bought some nice new clothes. And it’s going to expect a bit more from a new partner than it did in the past: long-term commitment, no more rows and recriminations, and, frankly, a significantly cheaper date.

At the (lonely) heart of the strategy is integration: the government will put measures in place to provide more certainty about a long-term pipeline of work, in return for reform into a genuinely integrated industry, where contracts no longer pitch subbies against main contractors against project managers and it’s not all about looking out for yourself. Industry integration, either the vertical integration of the supply chain within main contractors, or the creation of a genuine partnership in the supply chain on individual projects, has been discussed, and inched towards, since Sir Michael Latham’s 1994 report on partnering.

But this is an industry where contractors concentrate their innovation on the bidding process rather than the delivery of buildings. In the words of David Bucknall, chair of the RICS’ QS and construction board: “It’s now 13 years since Latham, and there has been good take-up. But it’s nowhere near the majority doing this.”

So can the government deliver on its side of the bargain? And what’s to say that this new strategy will have more impact than those in the past? 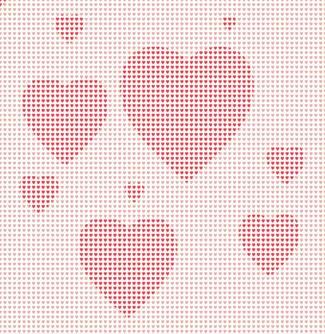 It seems very hard to find dissenting voices following last week’s strategy launch. This is partly because the broad principles behind it - greater collaboration and integration, and more visibility of the construction pipeline - are widely agreed on, at least by those at the most senior policy levels in the industry. Rudi Klein, chair of the SEC Group, said he was “over the moon” about a policy that in one fell swoop “dumped 150 years of bad procurement policy”. The presence in the strategy of a detailed action plan also seeks to reassure those that have seen previous well-intentioned initiatives flounder. Don Ward is chief executive of Constructing Excellence, which will benchmark the
procurement pilots outlined in the strategy. He said the strategy, which seems to mandate reform in areas such as Building Information Modelling (BIM), at least by central government departments, could be “the straw that broke the camel’s back” in terms of finally bringing about change.

This optimism is largely based on two things: firstly, the Treasury’s mandate to reduce the deficit means departments have a big incentive to implement disruptive changes to procurement in order to save money. Secondly, the strategy for the first time mandates the use of BIM on public projects. Supporters of BIM - software that holds detailed, centralised information about a project for all the collaborators on it - says its introduction will force the deeper collaboration between rival companies that the strategy calls for. John Lorimer, capital projects director at Manchester council, in charge of £300m of procurement every year, says: “It’s the timing that makes this likely to work. Now we have evidence that these policies deliver results. BIM will encourage it: suddenly when people get to levels four and five of BIM, the old practices will be laughable, where people kept savings up their sleeve because they were worried they’ll be stung on something else.”

Inevitably, however, not everything is sunny: there is a good deal of scepticism that the strategy will not make much difference. One boss of a major contractor says it will not force a review of company strategy. “Is this report going to lead to industry change? I’m sceptical. It’s more highlighting the best of what people have been doing anyway,” he says. In part this reaction is due to the fact many of the biggest companies are already working in the way suggested by the report. Laing O’Rourke, for one example, already provides a fully integrated supply chain in one firm. And despite assurances from chief construction adviser, Paul Morrell (see box right), many doubt that the government can keep its side of the bargain: providing a comprehensive two-year rolling programme of all public projects, to give the supply chain the confidence to invest and innovate.

David Mathieson, director at consultant Turner & Townsend, says: “In broad terms, the strategy is obviously welcome but interestingly the majority of it is a
relaunch of what the Office of Government Commerce has been trying to do for years. The government is so large that actually getting mandated issues or best practice taken up is very difficult. So, good as I think the initiative is, inertia and lack of communication will prevent its widespread uptake.” 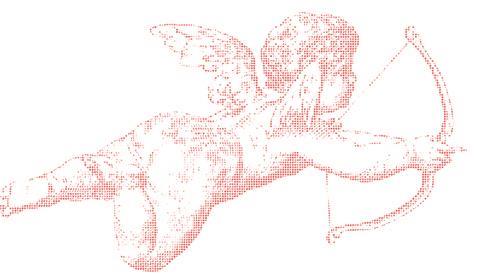 Others worry that, while asking companies to integrate more with their supply chain is relatively easy for large builders with a bigger pipeline of work, it is more difficult for smaller businesses for whom work may be more irregular. This is a particular tension because of the government’s focus on giving SMEs more government work, and it isn’t clear what the political fallout will be if the strategy ends up putting more barriers in the way of small firms. Morrell says the government will ultimately have to make a call on value for money for the UK taxpayer. Mandating the use of BIM also adds to these small firms’ fears, which are only partly mitigated by a stress in the strategy on making sure frameworks are “SME friendly”.

Cost benchmarking is central to the way the strategy proposes reforming procurement. Rather than compete on price, it envisages an educated client using sophisticated cost benchmarks to state how much it is willing to pay - leaving the supply chain to compete on the quality it can deliver for the cost. The concern here is that some are not sure that the idea would work, because of the individual nature of each major construction project. Even QS David Bucknall admits it will be hard. “To get something concise that also defines the quality you have to produce to, is going to be very difficult. But we’ve got to try.” Paul Sheffield, chief executive of Kier, who is broadly supportive of the strategy, says: “The danger is you never build two jobs that are the same. The government has to be very careful that you’re comparing apples with apples.”

Morrell’s idea is that if framework contractors can’t meet the client’s benchmark price, then the client has the right to tender outside the framework - with the framework contractors banned from bidding. This is also controversial. Manchester council’s Lorimer, who says he is already rolling out much of what the strategy calls for, says this threatening approach potentially endangers the whole ethos of partnering and collaboration, where he thinks value can be gained.

“Every time that we’ve gone outside our framework, it’s turned out that the framework would have offered better value. So it seems slightly odd to me that’s the way this is going.”

So despite the appealing proposal, there are still issues for the government and its construction partners to work through before true love can be found. It’s
definitely a new start, but only time will tell if they can really leave all their baggage behind and forge a long, happy, relationship.

The bold ambition of the strategy is shown most clearly in the proposal of two radical new procurement models, to be trialled from March 2012. The first one effectively pitches framework contractors against a challenging cost benchmark, with the understanding that if no member of the framework can beat the benchmark, then the project will go to tender without framework contractors being permitted to bid. The second will introduce a form of integrated project insurance where all parties on a public project agree to a maximum price for its construction at the outset. In the event of overruns, all the parties will be subject to the insurance excess. The idea is that all parties will buy in to the ceiling price, reducing the chance of overruns and disputes. Rudi Klein, chief executive of the Specialist Engineering Contractors’ Group hailed the plan as “potentially revolutionary” but urged the government to go one step further and make the system mandatory.

Standardisation will play an important role in future across all government departments. It is understood the government wants to learn lessons from departments such as the Ministry of Defence that have achieved successes and savings through standardised design. The strategy document gives the example of comparing single-living military accommodation - which tend to be built in a very modular way - with student residences. Morrell’s mantra is to avoid starting from scratch unless absolutely necessary. The government’s response to the James Review, which strongly recommends the extended use of standardisation in schools will also be implemented through the government construction board chaired by Morrell.

If there is one overarching aim in the government’s strategy, it is the creation of a stronger and more joined-up client, with the foundation of a powerful governmnet construction board, chaired by chief construction adviser, Paul Morrell. The board will co-ordinate projects across the public sector and publish a rolling two-year forward programme of projects on a quarterly basis.

It also aims to simplify prequalification. The myriad different PQQ systems are set to be replaced with PAS91. This single measure could save individual contractors up to £40,000 a year in time and costs, according to the Electrical Contractors Association.

There is also a raft of measures to encourage firms to work more collaboratively on public projects, including the widely publicised support of BIM. A target will be set in August on extending the use of project bank accounts, so all firms working on a project are paid from the same pot. Integrated project insurance will also be rolled out, to cover the client and the entire team on a first-party basis for financial loss against an agreed cost plan. The government also said it will extend fair payment provisions.

Paul Morrell, chief construction adviser, answers questions on how the strategy will be implemented

As government, we just need to persuade a few influential builders to implement this, and then, once the efficiencies are proved, the rest will have to follow or become uncompetitive. We will also have a strong delivery structure beneath the new government construction board.

The first thing for the government is being clear on what the pipeline is - this has been agreed across government, and it is agreed that collecting this information will be a high priority. I don’t think this will be an issue.

The next absolutely fundamental issue is knowing what we should be paying for work.

We have to have reasonably sophisticated benchmarks. This won’t be quick, but I know it can be done because I’ve spent a lifetime doing it. We need a transparent figure of how much it costs to build a school that works - at the moment the government client is not making informed decisions.