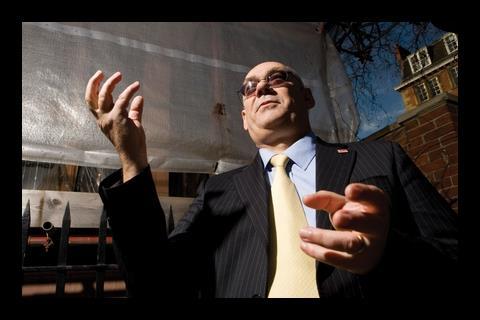 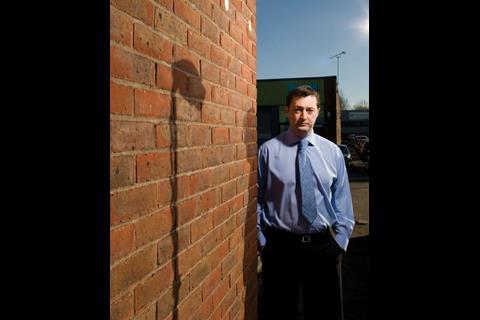 They are culling their supply chains and demanding cash from those that are left, but are main contractors really as bad as the big bad wolf? Roxane McMeeken listens to both sides of the argument

The age-old battle between main contractors and their suppliers has opened up a new front. “This ‘do what I say’ attitude will end up putting us out of business,” moans one specialist, who has been dropped by three main contractors in the past 18 months.

It is not hard to work out what he means by “do what I say” attitude. Main contractors are culling the lists of specialists they will work with and subjecting them to unprecedented scrutiny. Many are asking them to sign up to an array of costly accreditation schemes, as well as taking part in unpaid extra-curricular activities.

Bovis Lend Lease, for example, has announced that subcontractors must join its Achilles scheme before it will use them. This involves meeting a range of criteria ranging from standards on sustainability to safety – and coughing up £3,000 for the privilege.

Then there are the housebuilders, such as Taylor Wimpey and Barratt, that have in the past month asked for 5% off their bills. Our subbie reckons all this is “unprofessional and unfair”.

But main contractors say they, too, are feeling squeezed by demanding clients and the darkening economic outlook. They argue that for specialists prepared to go the extra mile, they will offer to better their payment practices and concede the early involvement in projects that specialists have long been battling for.

Costain is among those contractors in the throes of a major overhaul of its supply chain. The firm is dramatically cutting the number of specialists it uses – from 18,000 to between 2,000 and 3,000 by the end of the year. It has already streamlined its M&E suppliers down to three firms: Shepherd Engineering Services, NG Bailey and Lorne Stewart. Envelope specialists have been narrowed down to Prater, Lakesmere and Red Architectural and envelope manufacturers have been cut to only Metal Technologies and Schüco.

Andrew Wyllie, Costain’s chief executive, says the move is being driven by clients. “Our customers are looking for more for less all the time. So we have to offer enhanced services for lower prices.”

The man in charge is procurement director Chris Squires. He says the threat of recession is another driver. “I am worried about insolvencies in the specialist market, and I want to weed out small, fly-by-night organisations. We want to work with fewer, quality contractors.” He admits that in many cases this will mean dropping “white van man” in favour of bigger companies, although smaller outfits may still be used for regional jobs.

Our customers are looking for more for less all the time. So we have to offer enhanced services for lower prices

The selection process is tough. Squires is looking at turnover, profits and track record, as you would expect, and he is using risk analyst Dun and Bradstreet to carry out credit checks.

But he also wants to make sure that Costain is an important customer for its subbies – but not too important. “We want to be responsible for between 10% and 25% of their turnover.”

If you get through the selection process, Squires says Costain will offer the partnering that specialists want so badly. “We want people to work with us in a joined-up team.” He adds that Costain will not arrogantly dictate the way this works. Instead it is being thrashed out through a series of workshops, which specialists have been invited to attend to discuss how they could improve working practices.

A similar operation is under way at Wates. It is called the Closer to Fewer strategy and it is being masterminded by group commercial director Andrew Laird. Like Costain, Wates is renegotiating contracts and narrowing down the number of subbies it uses. It has already cut them from 4,000 to 3,000 and is hoping to reach 1,500 by 2012. Currently 80% of its spend is with 500 suppliers.

Laird is dividing up the specialists on Wates’s list into three ascending categories, each offering more benefits. These are “approved”, “preferred” and, the holy grail, “strategic partner”. To win approved status, a specialist has to pass a relatively basic online test called TIVA. This involves completing a questionnaire that asks about the firm’s competence and policies on health and safety.

To move up to preferred status, they must prove that “their vision and values match those of Wates”, says Laird. This means trying out on a Wates job and being assessed by the project manager during and after the work. The project manager then writes a report on the specialists’ performance on cost, value, innovation and health and safety.

Pass this and Wates will weigh up whether you could become a strategic partner. Firms with that status have to show a commitment to a long-term relationship with Wates, openness towards finding solutions for clients and the ability to innovate.

Wates also holds “Community Days” when subbies are invited to help the firm with quick, socially responsible projects such as painting a care home. Laird says this is not compulsory, but it is clear that if you want to be a strategic partner you should take part.

We are also being asked to refurbish marketing suites for on-site sales centres for free. You can’t complain too much…

Again, the trade-off for specialists that meet the stringent requirements is a better deal from Wates. The firm has also held workshops where specialists were invited to suggest what the deal should entail.

Laird says: “They want to be paid on time, for the future workload coming from us to be made clear to them and they want to be involved in projects early on.” For top-tier contractors, Wates promises all three.

Morgan Ashurst has a similar programme in place. It has slashed its list of specialists from 3,000 to 500 and plans to drop more. It is also arranging them in tiers. There are four: unapproved, approved, preferred and strategic, and they are based on performance and the strength of their relationship with Morgan Ashurst.

And the trade-off? Supply chain development manager Andy King says: “We are moving towards a retention-free environment.” He adds: “There are a lot of meaningless platitudes around supply chain management but this is different.”

The specialists say that while more is being demanded of them, the promised rewards are not materialising. Warren Hand is managing director of Breyer Specialist Roofing. He says: “There are some good contractors out there – Lovells and Wates are superb. They don’t necessarily pay on time but they do pay regularly.”

But he resents being forced to sign up to a plethora of costly accreditation schemes. “You do one accreditation and then you find that a main contractor uses a different one and wants you to sign up to that. You end up saying, hang on, we have this one and it’s the same. I think it’s pretty tough but we have to go along with it – if you don’t sign up, someone else will.”

He admits, however, that certain main contractors have asked too much and he now refuses to work for them. Specialists, it seems, will only be pushed so far.

You have to jump through some fairly stringent hoops to get work these days. Often it’s not just enough to be a member of the Heating and Ventilating Contractors’ Association.

The worst thing is that you jump through all their hoops and join the accreditation schemes they want to you to, but in the end it’s often simply lowest price wins.

It’s really disappointing that all the work that is going into collaboration is not being taken up by more of the main contractors. The mechanisms for partnering between the specialists and the rest of the project team are there but they are not being taken up.

Being a member of the Building Services Competence Accreditation, for example, should be a good thing because it means you can self-certify and be involved in projects from day one, but it is not being enforced by Building Control – which means only two companies in the South-east have signed up.

Last week three members of my team were tied up running a stall at a recruitment fair for a client. We weren’t paid for it and it didn’t lead to anything for us. We are only a 60-person, £20m turnover firm, so it was a complete waste of time for people who could have been working.

This type of thing is definitely a trend. We ‘ve been on that job for seven years and we haven’t had to do anything like that before. We are also being asked to refurbish marketing suites for on-site sales centres for free.

You can’t complain too much, because there’s an understanding that if you do it, you’ll get work on their next big scheme. But winning more work can be more trouble than it’s worth. Of the £480,000 we have locked up in retentions, about £100,000 is more than four months overdue.

We don’t have a problem getting the original 50% of the retention. It tends to be when you go back one or two years later and say, ‘You owe me the other 50% and you haven’t said there were any defects, so you need to pay me’. The main contractor tends to say it’s because they’ve not been paid by the client.

We use a lot of smaller subcontractors that simply are not big enough to carry retentions. So we don’t pass them down. We pay them but then we don’t get paid.

We also get squeezed when a client or architect demands that we use a certain supplier. If we haven’t usedJoe Bloggs Lighting before, they’ll say they want£10,000 upfront before they’ll start making the light fittings. But we don’t get paid upfront so we just have to find the money.

Check out the new section of our website dedicated to specialist contractors at www.building.co.uk/specialists