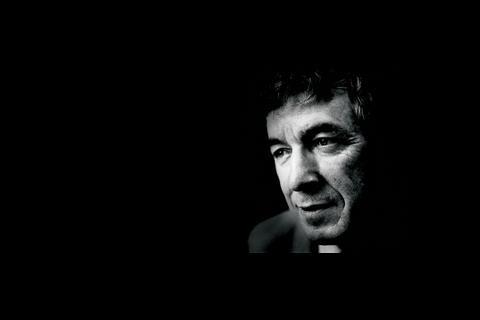 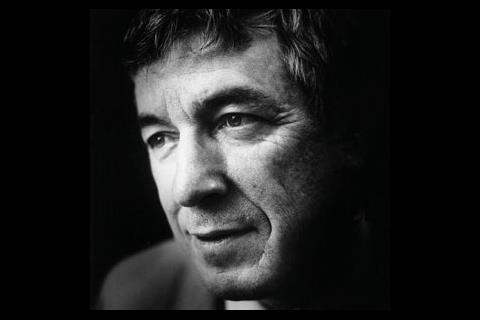 The former Environment Agency chief, now on the board of the National House-Building Council, tells Krystal Sim where the government is going wrong, and Jeremy Clarkson right

Sir John Harman, former chairman of the Environment Agency and author of a pamphlet entitled The Green Crunch, has a sneaking sympathy for arguments of that notorious green-basher, Top Gear presenter Jeremy Clarkson.

He worries that the hair shirt and finger-wagging approach of some elements of the green movement alienates the public. He does, however, warn that we will never see cheap fuel again. “That era’s over, and we will have to change our country’s energy policy to move forward, if only out of our own economic interest.”

Harman describes his pamphlet, published recently by the Fabian Society, as a collection of arguments he has been making for a while. As his tenure at the EA drew to an end last year, he “finally had the time to write them all down”.

“If we can make these important changes now we will put ourselves in a far more competitive position. The countries who adapt first will be the real economic winners in all of this,” he says.

An hour or so earlier, clad in a long trenchcoat and crisp grey suit, the Labour peer strode into the palatial waiting area at One Queen Anne’s Gate conference centre in Westminster with a member of the Department of Energy and Climate Change. “I read your pamphlet, and enjoyed it immensely,” said the DECC representative. “But did you agree with it?” Harman swiftly retorted.

In The Green Crunch, he draws comparisons with the politics of a century ago, when the laissez-faire policies of government fell short of society’s need for change, leading to the emergence of the Labour movement. Could the green movement be the modern equivalent?

“It seems obvious to me,” says Harman, “that there is an awakening awareness of the predicament the developed world is in. We can’t progress the way we have been. We don’t know the answer but we know what the problem is. The real question is, do we possess the collective intelligence to meet the collective challenge ahead?”

Harman served in local government for almost 30 years. When the Local Government Association was formed in 1997, he became deputy leader of the Labour Group and chair of the LGA Urban Commission. He was an adviser to the UK delegation to the Earth Summit in 1992 and was knighted in 1997 for services to local government and the environment. He became chairman of the Environment Agency in 2000.

Harman recently accepted as position as a board member for the National House-Building Council. Although he concedes he is not a expert in the built environment, as such a big determinant of the UK’s environmental performance it chimes with his interests, he says.

“I’m there to see if we can advance the practical proposition of a low carbon built environment. Ten years ago the idea of a UK Green Building Council would have been ridiculous. Building carbon matters greatly, and there are a whole range of problems. The focus is standards for new properties right now, that makes sense to deal with first. It’s easier to design in low carbon technology than retrofit.”

Harman is critical of the government’s announcement of its aim to make all UK homes zero carbon by 2016 without an official definition of zero carbon.

“They didn’t have to say all homes must be zero carbon,” he says. “They could have just said low carbon. I think it’s an example of the government over-dramatising, wanting to say something arresting.

“Even the issue of getting new homes to be zero or low carbon is a hugely difficult thing to do for all sorts of reasons.

“I think the time scale is very ambitious. We need to be sure of our technical response, that people will want to live in these homes. It’s one thing to say it but making it work will be quite another. There are a whole host of practical issues to be dealt with.”

You can’t just lecture people. There’s nothing wrong with driving cars. The real issue is fossil fuels. If you could drive cars Clarkson likes on batteries, we might meet people halfway

Harman believes the public is ready for tough choices and solid leadership from politicians. He recalls an incident when he was going door to door as a councillor in the 1980s. “I was talking to this old dear about insulating her house. She asked me ‘is it important?’ I said yes, and she gruffly replied ‘Well, why don’t you do something about it then?’

“Politicians are too anxious sometimes, they need to just get on with it and the electorate will respond to that positively. We can’t be apologists here, but at the same time it’s not about puritanism.

“I think that’s where the green movement sometimes takes it too far and gets up people’s noses.”

So we come to the Clarkson factor. In his pamphlet, Harman points out that while the government chief scientist may have the ear of the decision-makers, Jeremy Clarkson has the ear of the electorate.

“I believe a local paper in Huddersfield ran an article about my work under the headline ‘Ex-councillor to take on Clarkson’,” he says. “It did make me laugh.”

In fact, he has some sympathy with Clarkson’s side of the argument. He believes the green lobby is on the wrong tack with its hair shirt approach, issuing edicts of denial and limitations to the public in the short term so that future generations will benefit.

“Some of the green movement can be real puritans. This finger wagging is just not helping the argument. You can’t just lecture people,” Harman says. “There’s nothing wrong with driving cars. If you could drive the cars that Clarkson likes on batteries, then we might meet people halfway.

“The real issue is fossil fuels. It would make much more sense to quit moaning about the gas guzzlers and say we can do this in a different way.”

Harman says one way to change people’s perceptions would be to avoid making a fetish out of denial and for politicians to communicate this to the electorate better.

“If you look at Obama’s approach, there was a message of limits in that inaugural speech, but there was also a fair bit of optimism. He’s striking the right chord with the people.”

At the time of our interview Harman was poised for his first meeting with his new colleagues at the NHBC.

“I joined the NHBC on the understanding that I want the role of the council to develop in how we deal with the practicalities of squaring the larger policy issues of carbon reduction with what it will mean to contractors, housebuilders and, most importantly, to residents,” he says. “I’m looking forward to the challenge. There are a lot of challenges to embrace in the near future.”