UK airports timeline: Half a century of political indecision 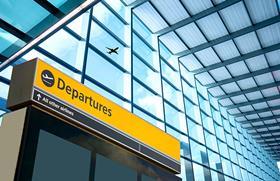 Governments of all political persuasions have been failing to make a decision on how and where to expand the UK’s airport capacity for the best part of half a century, since the Cublington and Maplin Sands plans were washed away by opposition and the 1970s oil crisis.

But even by these standards, the record of former prime minister David Cameron, who commissioned Howard Davies to examine the evidence in 2012 and then refused to act when, after three years’ further delay, Davies recommended expanding Heathrow, is particularly egregious.

Now Theresa May is the latest prime minister wrestle with the issue - and although her cabinet committee has recommended a third runway at Heathrow, it has built in a delay of at least a year before the decision will be finalised, with many commentators saying it could be up to a decade before it will be operational.

Project falls with the ejection of Heath from office

Runway Capacity in the South East study concludes Heathrow expansion is the only way to meet demand, but proposals for new runways at Heathrow and Gatwick are rejected two years later

Coalition rules out runways at Heathrow, Stansted or Gatwick

Cameron sets up Airports Commission, under Howard Davies, to report after the 2015 election following increasing pressure on the issue

Davies plumps for Heathrow. Cameron promises a decision by the end of the year but changes his mind due to concerns about the impact upon the London mayoral election

24 June: Cameron leaves office after the EU referendum result with no decision made

25 October: Theresa May’s government approves a third runway for Heathrow but the decision is subject to a long public consultation period followed by a vote in parliament towards the end of 2017.