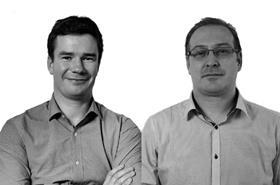 Architect RMJM has lost its last two directors from its Glasgow office, leaving the office with no top level staff.

Both Neil McLean and Ian Harper have left the practice in the past week, leaving an office able to accommodate around 50 staff with just eight occupants. Building’s sister title Building Design reported last month that the office was one of three in the UK bearing the brunt of around 40 redundancies.

RMJM has also recently undergone a major restructuring as three of its subsidiaries were bought out of receivership in October by RMJM Architecture.

McLean has joined multidisciplinary firm Atkins as associate director for architecture working in the Glasgow office.

McLean said: “Atkins’ strong presence in the education sector aligns with my own experience and gives me a great opportunity to be involved in exciting higher and further education projects across the UK.”

He said: “The Glasgow practice is being overseen by a design principal and a managing principal while a new head for Glasgow is being sought from within the existing business.”

He added that dialogue was continuing with clients to ensure the transition was smooth.

While at RMJM, McLean worked mainly on office and higher education projects including the Ayr Campus at the University of the West of Scotland and Glasgow office development, 2 Regent Street.

Many of his projects have received awards for their sustainability credentials.

Harper joined RMJM in 2001 and has been involved in a variety of projects including masterplanning, education, residential, industrial, commercial, leisure and cultural schemes.

He worked with contractor Kier on its designs for modernising South Lanarkshire Council’s primary schools and oversaw RMJM’s design for the Bath House Gallery in Glasgow.