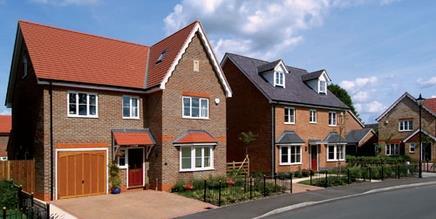 The plug has been pulled on the sale of South-east housebuilder Croudace Homes at the eleventh hour, owing to the crisis in the housing market.

Talks collapsed last week after a year-long process, which saw the £100m-turnover company considering a sale after it emerged that the third generation of the family-run company did not want to take it on.

Andy Yallop, managing director of Croudace, said the company had been talking to a single bidder for six weeks but had decided not to proceed after failing to agree a price.

The company was reportedly worth £133m but industry experts estimate that figure to have fallen by about a quarter since last summer.

Croudace found itself trying to sell at the worst possible time in the past 30 years housebuilding source.

Yallop refused to reveal the identity of the bidder but it is understood to be one of the country’s largest registered social landlords (RSL). The deal would have been the first purchase of a private housebuilder by a housing association.

One housebuilding source said: “Croudace found itself trying to sell a business at the worst possible time in the past 30 years. With so much uncertainty it’s very difficult to actually put a value on a housebuilder now.”

It is understood the RSL planned to run Croudace as a private housebuilder and use its land bank for new developments.

Yallop said the succession issues had “partially evaporated”. He said: “The current management team is very happy to carry on.”