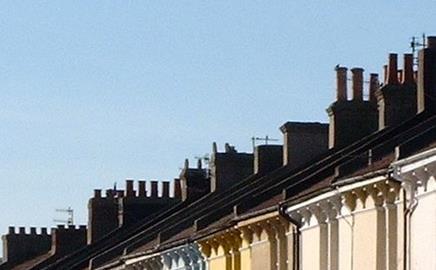 Insulation was key to eco-rating

A Victorian council house in Camden refurbished to save 70% of its carbon emissions has met Level Four of the Code for Sustainable Homes.

Skills and materials donor, Kingspan, commissioned its in-house SAP assessor, John Ducker, to carry out the assessment. The firm's marketing manager, Peter Morgan, said he was delighted by the result.

“There’s a lot of mumbling about whether the Code is achievable. But this house is performing better than many houses built now and those to be built over the next few years”, he said. The house was built in 1850.

He continued: “It shows what can be done using very easy methods such as insulated plasterboard, insulating walls and using a double layer of insulation on the roof with a breathable membrane".

There’s a lot of mumbling about whether the Code is achievable. But this house is performing better than many houses built now and those to be built over the next few years

The ‘U’ Values on the house are 20% lower than required by the building regulations. Initial air leakage was over 30 m3/m2hr this has been significantly reduced and is expected to be below the 5 m3/m2hr required for new build.

“There was also a lot of thought on programming, scheduling, design and quality of workmanship. That quality was as basic as sealing, taping and not drilling any holes and paying care and attention", Morgan said.

The building scored particularly well on the code due to the inclusion of local heat exchange ventilation, 6m2 of Solar Thermal and 3.5kWp of Solar PV.

John Doggart from the Sustainable Energy Academy (SEA) which is leading the Old Homes Superhomes programme, of which the property is a part, said everything on the house was commercially viable apart from the solar PV.