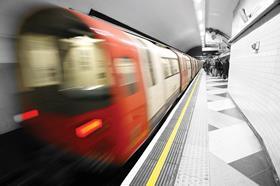 Transport secretary Patrick McLoughlin has formally approved plans for a £1bn extension to the Northern Line to Battersea, clearing the way for construction to begin in 2015.

The approval means that a consortium of Ferovial Agroman and Laing O’Rourke can begin preparations for its £500m five-year job in earnest, in advance of start on site in spring.

Transport for London said the project, which is designed to pave the way for the regeneration of the Vauxhall, Nine Elms and Battersea area, will create 1,000 construction jobs including 50 apprenticeships, and support the further development of 18,000 homes.

It will see the creation of two new tube stations at Battersea Power Station and Nine Elms as is part of a number of planned infrastructure improvements in the area. The extension will include three miles of tunnels and is scheduled to be open by 2020.

Patrick McLoughlin signalled the green light for the project by approval of a Transport and Works Act Order, with communities secretary Eric Pickles at the same time giving the various listed building and conservation area consents necessary.

Mayor of London, Boris Johnson, said he was “delighted” at the news. “Driven by improved transport links this part of central London is set to move forward a century in a matter of a few years. The benefits of major infrastructure projects such as this are enormous - cutting journey times for passengers, supporting London’s future growth and creating jobs right across the UK.”

Ravi Govindia, leader of Wandsworth Council, said: “This is fantastic news for the people of Battersea and the benefits will be felt right across Wandsworth. The Northern line extension will take the pressure off the rest of our local transport network and gives Nine Elms official Zone One status.”