70% of BIM users say it gives them the edge 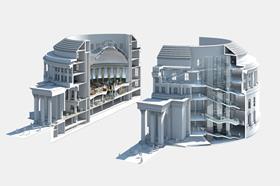 The survey, which garnered responses from over 1,000 construction professionals and was trailed in Building’s special BIM Issue last week, found 70% of firms using BIM felt it had given them a competitive advantage.

The full survey results revealed a level of scepticism about the information available for BIM, with almost three quarters (73%) of respondents saying the industry “is not clear enough on what BIM is yet’, while only a third said they ‘trust what they hear about BIM’.

When asked who they turn to for BIM information, fellow professionals and outside organisations ranked top (70% each), followed by the NBS (59%), the BIM Task Group (57%), RIBA (49%), and BIM consultants (40%). Less than a third turn to a CAD reseller.

Over half of respondents (58%) felt the government was “on the right track with BIM”, with only 16% disagreeing with the statement.

A third of people describe themselves as ‘not confident’ in BIM knowledge and skills, but the proportion who class themselves as confident has improved to 46%, up from 35% the previous year.

Richard Waterhouse, chief executive of NBS and RIBA Enterprises, said there was a “real need” for more BIM training and professional development.

Building revealed last week that 54% of construction firms surveyed have now used building information modelling on at least one project, a leap from 39% last year.

In addition, 93% said they will be using it by 2016, the date by which all centrally procured government contracts are due to be using BIM.