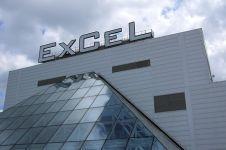 The head of Abu Dhabi National Exhibitions Company, which owns the Excel centre in London, has travelled to the UK to review its projects

Simon Horgan came to London to review the schemes two weeks ago. His visit has added to fears that the emirate is planning to reduce its overseas investment.

The company is undertaking a £164m programme of works called Phase 2. This is intended to create 40,000m2 of space that will be used to host at least seven Olympic events.

Simon Mason, the company’s property director, played down the significance of Horgan’s visit. He said: “He reviewed everything we are doing. He didn’t come over to look specifically at Phase 2. We have visits from Abu Dhabi all the time.”

But he admitted that the emirate’s investors had become more reluctant to fund projects abroad. “The massive enthusiasm from Abu Dhabi a few months ago has rapidly disappeared as it faces up to problems in Dubai. For new projects we are looking at we have to cross the t’s and dot the i’s.”