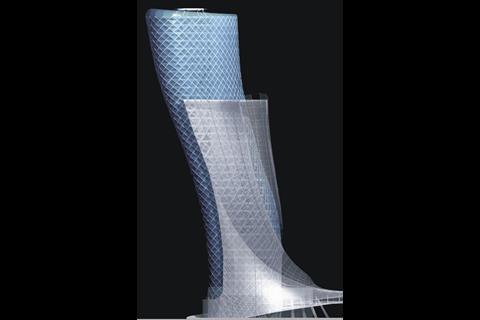 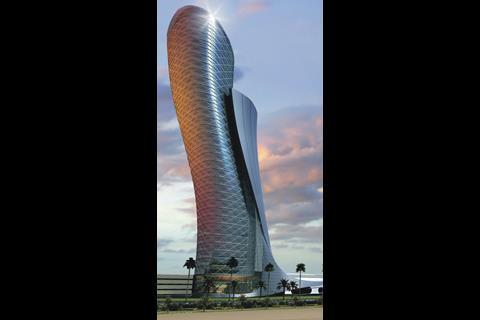 An iconic building under construction in Abu Dhabi is set to enter the Guinness Book of Records as the “World's most inclined tower”.

Developers Abu Dhabi National Exhibitions Company (ADNEC) and cc, the architects behind the Capital Gate, have submitted a joint application to the Guinness Book of Records to recognise the tower as the “most inclined in the world”.

As a result of its unique posture, the tower will be constructed on top of a dense mesh of reinforced steel, which in turn will sit above 490 piles, drilled 30m underground to accommodate the gravitational, wind and seismic pressures caused by the lean of the building.

Simon Horgan, chief executive officer of ADNEC Group, said, “Capital Gate will be a building that the world will talk about, not because it has surpassed another building as the world's tallest, but because of its aesthetic splendour and technical achievement.”

Capital Gate will also feature 728 custom-made diamond-shaped glazing panels, each fitted at a slightly different angle due to the structure's curving shape.

The tower forms part of the Capital Centre development - a $2.2bn business and residential micro city.