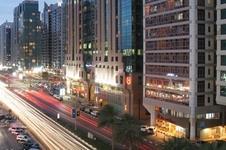 Abu Dhabi’s biggest developer Aldar Properties has insisted it will make a profit in 2009, bucking the downturn in the UAE property market. The news comes as rumours abound of developers in the UAE facing losses and even bankruptcy.

In January, Aldar’s contracting joint venture with Laing O’Rourke announced it was cutting more than 500 jobs.

Aldar is also putting several schemes on hold, including some in its Al Raha Beach development, such as the World Trade Center.

Aldar Properties also announced a slump in profits in January - it posted an 85% fall in fourth-quarter net profit to about 80m dirhams, citing falling sales of its properties.

Aldar’s chairman said during the company’s annual general meeting yesterday, according to local press, that the business had “an increasingly robust investment portfolio that will withstand the passage of time and which will deliver high quality results on a consistent basis.”