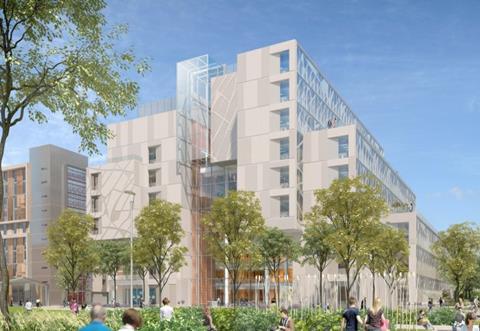 The hub will be situated at the College’s research and innovation campus at White City in West London and will provide space for research into new medical technology.

The research facility has been funded by a £40m donation from founder of engineering firm Civil & Marine Michael Uren.

Martin Summersgill, director for estates masterplanning and development, said the hub would “provide a significant step in establishing Imperial West as a high quality environment for world-leading research”.

This new development will follow the two new buildings comprising the Research and Translation Hub which have already started construction, for completion in 2017.

Imperial expects to submit a planning application for the new building early next year.