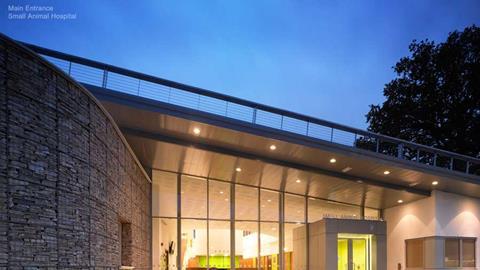 Archial in the running for award for scheme at Glasgow University

The Small Animal Hospital at Glasgow University by Archial Architects has been nominated for a 2011 Civic Trust Award.

The scheme is one of two nominations on which Hulley and Kirkwood acted as M&E engineers. The other was Shettleston Housing Association by Elder and Cannon Architects.

The Civic Trust Awards selected 55 nominations from 333 national and international entries. The winners will be announced at the awards ceremony on Friday 4 March at the People’s History Museum in Manchester.