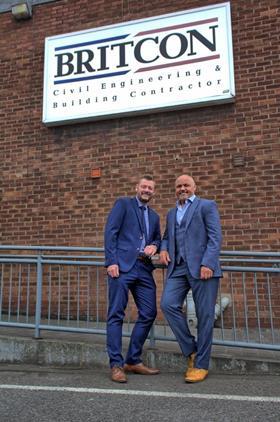 Another Kier director has left the struggling contractor with one its Northern bosses calling time on his stint with the firm.

Nick Shepherd (left) was a regional operations director for Kier Northern, overseeing the growth of the Yorkshire region for more than four years.

But he left earlier this month to become managing director of Scunthorpe-based Britcon, which is trying to grow its presence in the North-East region.

Shephard’s move follows a bruising month for Kier, which has seen its share price fall by more than 60% since 31 May after announcing it would make 1,200 staff redundant.

One rival contractor said: “We go up against [Kier] all the time so I’m sure we’ll be seeing a lot of CVs come in over the next few days.”

The firm works across several sectors, offering civils, building and structural steelwork services, with clients including McCains and Stobart Group.