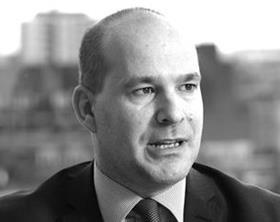 The high-profile head of development at consultant Arcadis, Mark Farmer, is to leave to set up a consultancy in the new year.

Farmer, who has spent over 26 years at EC Harris - recently rebranded as Arcadis - confirmed to Building that he is leaving to set up a new business. He said that he had had a “fantastic time” but was now looking for “new opportunities and a new challenge”.

Quantity surveyor Farmer said the new venture he is embarking on will specialise in certain segments of the market, in particular residential and residential-led development and investment. He said he would “be getting back to some of the things that really excite me”.

Arcadis UK client development director Simon Light said Farmer will, however, continue to work with Arcadis, “collaborating on a number of existing and future client relationships”.

Light added that the firm and Farmer had an “amicable” agreement which “respects the long working relationship with Mark”.

Farmer’s departure is nevertheless likely to be seen as a blow to Arcadis, which has in recent years also seen the departure of key players including the retirement of its former chief executive Philip Youell this year, and head of commercial Richard Taylor and commercial team partner Mark Lacey, who left in 2013 to help found Alinea, the construction cost consultancy.

In his role as head of development at Arcadis, Farmer was responsible for market leadership, strategy and capability development across residential and commercial development, leading a 300-strong team.

He had a particular focus on the emerging UK build to rent sector, working for many leading developers and investors.

Farmer has worked on a number of high-profile projects during his career including Berkeley Homes’ Chelsea Bridge Wharf where he was responsible for total service delivery and client relationship, the Channel Tunnel rail terminal at Folkestone and the Jubilee Line Extension. He is also a member of the RICS and vice-chairman of the Urban Land Institute UK Residential Council.

Farmer’s decision follows moves by a number of other QSs in the past five years to set up new firms, including Alinea, Core Five and Atorus Consult, with many of them formed in the wake of the purchase by Aecom of Davis Langdon.