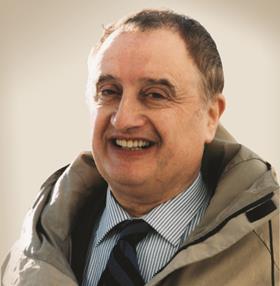 Paoletti, who was awarded a CBE in 2000 and won the RIBA client of the year award in 1998 for his work on the JLE stations,appointed and oversaw architects for various stations on the line including Hopkins, Foster & Partners and Alsop Lyall.

The line opened at the end of 1999 in time for the new millennium celebrations at the Millennium Dome and Paoletti was widely credited for the high standard of the landmark stations which emerged including Canary Wharf station by Foster & Partners and Southwark station by Richard MacCormac of MJP Architects.

Paoletti, born in London to Italian parents, was brought in to the JLE after working in Hong Kong to deliver its underground metro system having first taken a job with the Hong Kong Mass Transit Authority in 1975.

He began his architectural studies in Manchester before attending the University of Venice, where he studied under Carlo Scarpa and Giancarlo De Carlo.

A funeral mass will take place for Paoletti in Wapping on November 26.