Architects’ December optimism set to be punctured by latest lockdown

Architects’ workload expectations jumped to the highest level since the onset of the covid-19 pandemic last month as news of an approved vaccine turbo-charged confidence in the sector, the latest RIBA Future Trends survey has found.

But the positive mood is likely to be hit in this month’s figures which will take into account the Brexit deal, agreed on Christmas Eve, and the imposition of a third national lockdown by prime minister Boris Johnson last week which will see schools closed until at least 22 February. 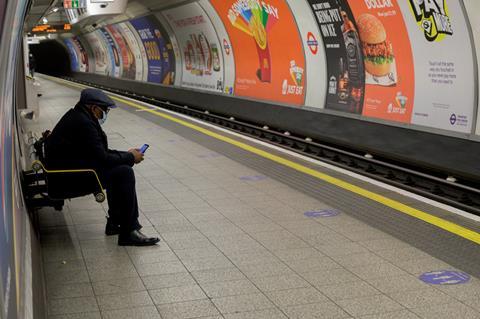 RIBA head of economic research Adrian Malleson admitted: “Confidence is likely to falter in the current lockdown [but] there is hope that it will return, once restrictions are eased.”

The December survey returned a workload index of +10 in the pre-Christmas period, the highest balance since February and a dramatic turnaround from November’s wobble which saw workload expectations drop for the first time since the pandemic’s first-wave peak in April.

Despite one fifth of practices expecting workloads to fall in the coming three months, nearly a third, 29%, expected workloads to increase while just over half expected them to hold steady.

The figure dropped from +9 in October to zero in November following the resurgence of covid-19 and a second national lockdown, with workload expectations slumping in all sectors except private housing which held firm on +12.

But last month saw the winds of change in all sectors with both the commercial and public sectors surging back into positive territory for the first time since February, private housing edging up further to +14 and the community sector showing signs of recovery with a balance of -8, up from -13 in November.

The troubled commercial sector, which has seen the lowest confidence on average during the pandemic, saw the biggest rise with a balance of +1 last month compared to -19 in November, while the public sector jumped to +2 from -7 over the same period.