US shareholders in Grenfell cladding firm Arconic have been given the all clear by a court to take legal action against the company after witnesses said that senior staff at the firm knew the cladding was dangerous.

The US investors say they have incurred financial losses after Arconic’s Reynobond PE aluminium composite cladding (ACM) was found to have contributed to the deadly blaze at the tower, which killed 72 people in June 2017. 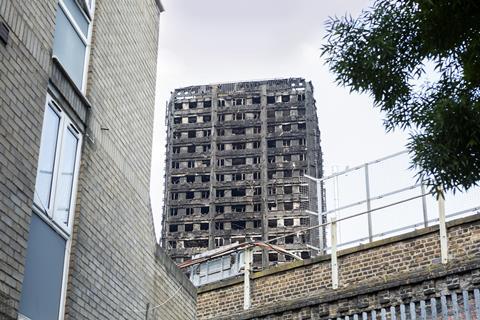 The claim rests on whether Arconic should have warned shareholders of the risks of selling the cladding.

A US judge said the claim can proceed after the investors revealed testimony from two anonymous former employees, who said that managers at the firm’s French subsidiary knew the cladding could burn but used it on high-rise buildings anyway.

Arconic, which is based in the US, said it could not have known what the two men allegedly knew because they worked at a foreign outpost and were not senior staff.

The ongoing Grenfell Inquiry has already heard how Arconic technical manager Claude Wehrle had warned colleagues two years before the fire that the cladding was dangerous and should be replaced with a safer version “as a matter of urgency”.

The warning had come shortly after the firm’s US parent company had sought an assessment of the ACM panels produced in France and sold into the UK market.

Diana Perreiah, the president of Arconic’s global building and construction systems business, had requested the assessment from the president of the firm’s French subsidiary, Claude Schmidt.

The assessment, produced in June 2015, said the firm’s Reynobond PE panels were “flammable” and had “limitations given by the smoke production and flaming droplets”.

It added that the panels had a “maximal building height of 8m to 12m depending [on] the country”.

At the time the report was made, around 3,000m2 of the panels were being installed on the 67m tall Grenfell Tower.

Schmidt denied that Arconic knew the cladding was dangerous and had ignored Wehrle’s warning, telling the inquiry that there were lots of dangerous products being sold on the market.

The inquiry has also heard how the firm’s marketing manager Gerard Sonntag had warned colleagues a decade before the 2017 fire of the dangers of the cladding.

Following the presentation, Sonntag suggested that Arconic should stop selling the cheaper, more combustible polyethylene version of its ACM panels, called PE, and switch to only selling the more fire-resistant but more expensive FR version.

Arconic also says that the anonymous witnesses did not know the use of Reynobond PE was inappropriate because that depended on the overall cladding system, according to the ruling, which was held at the district court for Western Pennsylvania.

But the court found that the claim “supports a strong inference that [an Arconic manager] not only knew that Arconic was regularly selling Reynobond PE for use in high-rises, but also that he knew, or at least recklessly disregarded, that this ‘common practice’ was improper”.

A spokesperson for Arconic said: “Arconic notes the Pennsylvania Western district court opinion from 23 June in the Howard v Arconic shareholders case, in which the court has dismissed many of the claims in the shareholders’ lawsuit.

“As to the remaining claims, we maintain they are also meritless and intend to prevail in court.”