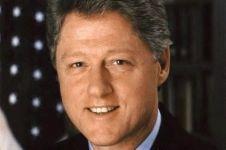 The firm signed a memorandum of understanding on Friday with the c40, a group of 40 of the world’s largest cities, and the Clinton Climate Initiative – an arm of the NGO set up by the former president

Under the agreement, Arup will put on free workshops to help each city develop a tailor-made carbon reduction programme.

Toronto will be the first city to take part, with a workshop scheduled for September. Five further cities will be involved over the next two years.

David Miller, mayor of Toronto and chair of the C40, said: "We believe that Arup's expertise on sustainable integrated development can be of great benefit to the C40 cities in further reducing greenhouse gas emissions. Cities account for over 75% of global greenhouse gas emissions and we welcome Arup's support, as the battle to fight climate change will be won or lost in our cities.

Philip Dilley, the Arup chairman, added: "Thanks to the C40 and the CCI, positive measures to reduce carbon emissions are already underway, yet even greater results could be achieved with a more coordinated approach to low-carbon city development.

"Arup is well versed in addressing the complex interdependency of factors in the built environment. We can use this knowledge to assist cities in developing integrated solutions that maximize efficiency and reduce the potentially harmful effects of climate change."