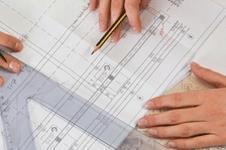 Two teams containing Arup and WSP/Heatherwick Studios are among five shortlisted to masterplan the Finnish settlement of Jätkäsaari in Helksinki.

The competition, run by energy firm Sitra, attracted more than 73 entries from around the world. Bidding teams were asked to create a sustainable strategy, design and measurement methodology for a 100ha site set to house 16,000 inhabitants.

Sitra said: “More than a design, we are looking for a credible strategic framework for change, and the principles upon which the framework was built.”

Juha Kostiainen, business director for Sitra's energy programme, said: “The goals of our Energy Programme are ambitious. We are seeking a quantum leap in the built environment towards energy efficiency and a low carbon footprint.”

The site is one of six in the Finnish capital that have become vacant following the relocation of the city's ports to a site on its eastern edge.