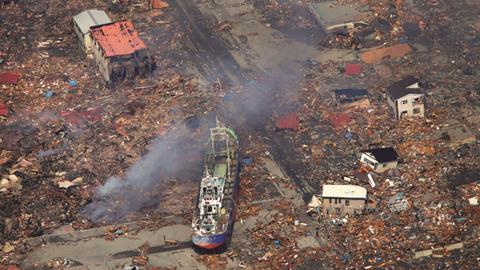 Arup is to fly teams to Japan to help stress test the country’s buildings as the nation tries to recover from a week in which it was hit by a 9.0 magnitude earthquake, a tsunami and fears of nuclear meltdown.

David Glover, a director at Arup, said that nearly every building in the country will need to be checked for damage.

“There will be a significant number we’ll need to do. We’ll send in other people, as we did with the Turkey earthquake [in 1999],” he said.

Damaged construction projects are on hold and consultants evacuated as communications, roads and manufacturing have been disrupted.

Most of Davis Langdon & Seah’s 20 projects, mainly based in the capital, have been shut down or rescheduled and some have been damaged by the quake, said Andrew Sheppard, an architect in the firm’s Tokyo office.

“Most of our projects have been delayed … mainly because of problems with transportation, and because materials can’t be [obtained].”

“There are cracked walls, and some superficial damage [on existing projects],” he said.

Sheppard said all 15 of the company’s staff were accounted for and there were no plans to evacuate. The firm is autonomous from Davis Langdon in the UK, as it was not bought by Aecom in August 2010.

Aecom has a total of 20 projects in Japan, one of which is on hold because of damaged roads.

An engineer in Arup’s Tokyo office said on Monday that the company has about four projects in Miyagi prefecture, one of the worst hit by the tsunami, including a university project under construction in Sendai, a city severely hit by flooding.

But Arup stressed that none of its 150 projects in the country, nor its 59 staff, had been affected.