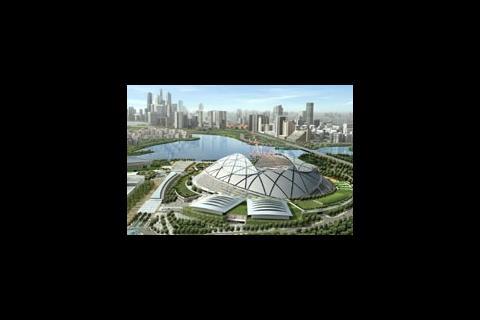 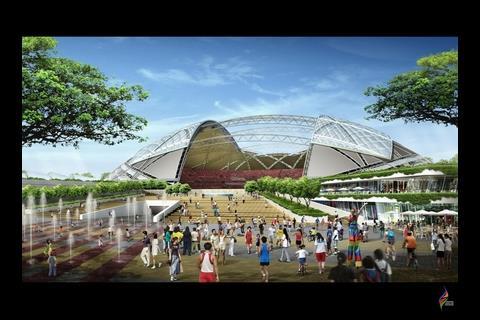 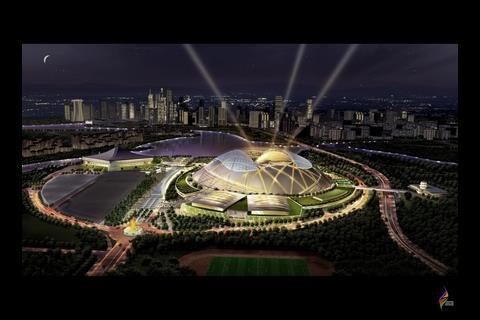 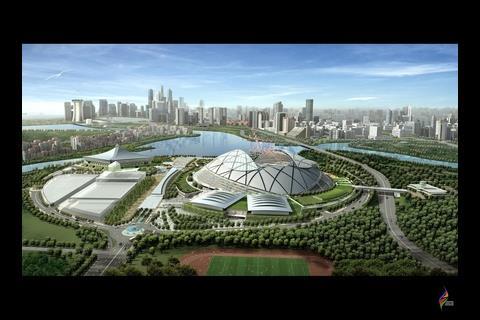 Arup has unveiled its proposed designs for a national stadium and sports park in Singapore.

The winning designer for Singapore’s Premier Park is due to be announced in January 2008. Arup’s designs are one of three entries being considered.

The designs, by Arup’s sports architecture practice ArupSport, which is also working on the Beijing Olympic stadium, include a 55,000-70,000 seat national stadium, with a lightweight moving roof designed specifically for Singapore’s tropical climate.

The park also includes a 6000 seat aquatics centre with an Olympic sized pool, a multi-purpose arena, a watersports centre with a 500m course for dragon boat, kayak and rowboat racing and a plaza for outdoor ceremonies and events such as Singapore’s National Day Parade.

J Parrish, director of ArupSport, said: “Premier Park will be a major, world class achievement, both in terms of technological performance and as a response to the tropical climate and the special needs of the sporting community. The unique design of the dome stadium and moving roof will inspire engineers for decades to match its simplicity, elegance and efficiency.”

Premier Park is scheduled for completion in 2011 and will replace Singapore’s 34-year-old National Stadium.