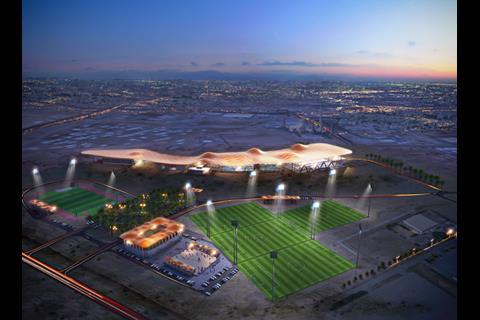 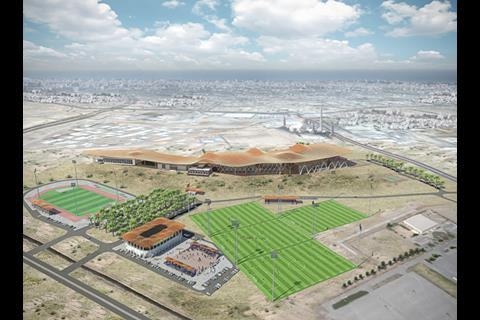 Atkins has been appointed to carry out the detailed design work for the Sultan Qaboos Sports Academy in Muscat, Oman.

The firm had already drawn up concept designs for the academy, which it will now see through to completion.

The complex will include 60m and 200m indoor running tracks, an indoor aquatics centre and Olympic size swimming and diving pools with stands for 1,000 spectators.

There will also be a 3,000-seat outdoor tennis stadium, a 400m athletics track, football fields, beach volleyball courts, a gymnasium, a medical centre and a sports science faculty with laboratories.

An illuminating roof on the tennis stadium forms the centrepiece of the architectural design.

Rohan Thotabaduge, concept designer at Atkins, said: “The architecture of the scheme is considerate of the Omani culture and the local history of the area.

“The feature roof structure is designed to be a visible iconic memory of the Bousher sand dunes and will be a glowing beacon at night.  Its structure will be visually prominent when viewed from the expressway and beyond, drawing the future young Omani athletes into the academy.”