Listed architect Aukett Fitzroy Robinson is rethinking its international strategy in an effort to recover from losses and falls in turnover during the recession.

Nicholas Thompson, chief executive of Aukett Fitzroy Robinson (AFR), said the practice has diversified its Russian business from Moscow to the regions. As a result staff numbers and its order book in Russia have rebounded above its pre-recession peak.

Thompson also said he was considering scaling down its Middle Eastern arm to a “holding position” due to low demand.

Turnover in its Russian and Middle Eastern businesses fell sharply - dropping 88% and 89% respectively. Overall the company made a pre-tax loss of £789,000.

Thompson said the firm had continued to invest in Russia and was on course to outperform its peak in the country in this financial year, with 2.5 million ft2 of projects on the books.

Thompson said the firm had had to radically change its focus from Moscow - where he said it previously had all its work - to the regions due to political uncertainty created by Russian president Dmitry Medvedev.

Thompson said: “Medvedev changed all the mayors, including Yury Luzhkov in Moscow. It looked like the chief architect there, Alexander Kuzmin, would leave his post so we put everything on hold.”

However, Thompson said it was now understood that Kuzmin would be retained and consequently the firm was re-targeting growth in Moscow.

He said: “There’s a huge amount of political risk in Russia. It was quite a big call for us to stick with the country but we feel vindicated. The biggest risk there is not understanding the political risk - but we do.”

But Thompson said he would make a call on downscaling its Middle Eastern business “over the next year”. “If we do, we won’t shut it down, we’ll just run it on a tight budget.”
Thompson added that the firm’s strength in London and the commercial market would stand it in good stead and that he was confident that overall turnover would grow this year. 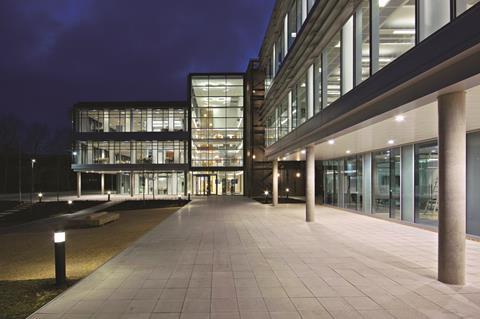