Aukett’s UK revenue up for first time in three years

The London-based practice, which has been carrying out work on the Cambridge Science Park (pictured), reported domestic turnover up nearly 11% to £7.45m in the year to 30 September 2019, citing improved confidence from developers. 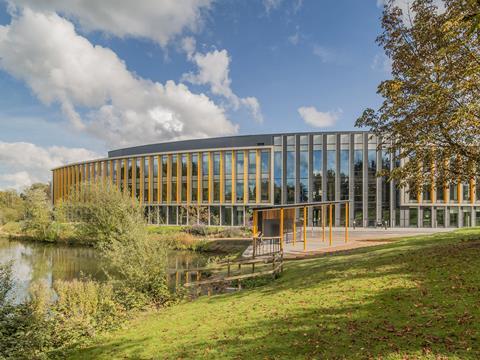 New commissions included the refurbishment of the Asticus building in London’s Mayfair for insurance firm AXA. It was also re-instructed for a £50m regional headquarters office project in the UK which had been cancelled in summer 2016 after the EU referendum.

The firm also reversed losses at its Middle East operation, reporting a £525,000 profit, compared with a £585,000 deficit in 2018, although it warned the outlook for the region remained cautious.