BAA procurement changes save £300m in a year 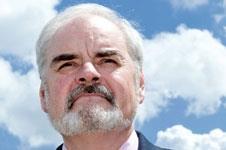 Steven Morgan, capital director of BAA, has revealed that controversial changes to procurement have saved the airport operator £300m in his first year in charge.

that included tendering work outside the framework, cash rewards for good performance and slashing red tape.

He said: “We’ve made a saving of around £260m. There were also a few projects we decided not to do, which brings it up to £300m, and inflation hasn’t been as high as we had expected. But the biggest saving has been from competition.”

projects by BAA under the framework but now have to compete for work up to £20m, while larger projects are being offered to the market.

Morgan, a former US Navy rear admiral who served in Vietnam, said: “Initially there were big gulps, but they seem happy now, at least to my face. Everyone can compete for everything, rather than being handed a corner of the work, and they’re rather attracted to the award fees.”

The award fees – up to 2.5% of the contract – are given to contractors at BAA’s discretion for good performance.

One major contractor on the framework welcomed the changes. “We’re very positive about the new regime – if you offer keen prices, and if you do a good job, then that’s the way to get work.”

Meanwhile, Morgan said the Laing O’Rourke and Ferrovial Agroman joint venture on the £812m Terminal 2A deal was being forced to make 80% of

the subcontracting work competitive rather than provide work in-house. “There’s been a little whingeing about that,” he said.