Baby Shard could start on site next year 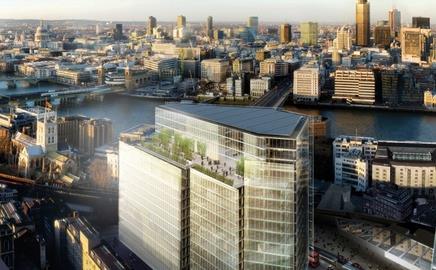 Construction of the companion tower to the Shard has been signed off by backers, and could start as early as next year

The 419,000ft2, 17-storey scheme, which was put on the back burner earlier this year over concerns about the state of the commercial property market, has been given the go-ahead without pre-letting the space.

It is understood the development’s manager, Sellar Properties will aim to find a builder early next year. A source close to the scheme, which is backed by Qatari Diar, said: “They’re looking at who might build it, and you can suppose they will go out to market in the new year.”

The news comes as increasingly positive signs in the commercial property market emerge, with research this week from IPD showing that last month had the largest increase in capital values for 15 years.

The building, called London Bridge Place, is now scheduled to complete in 2013, shortly after the May 2012 opening date of the next-door Shard. Soft-stripping of the existing building on the site, New London Bridge House, has already begun, but full demolition will begin as soon as practical after the new year, with Keltbray engaged to take the building down.

A value has never been put on the Renzo Piano-designed scheme, but it is estimated that construction costs could be in the region of £100m, with the build likely to take around two years.

Last month Sellar finally secured construction finance for London Bridge Place and the rest of the Shard, being built by Mace.

A spokesperson for the whole development said: “It has full go-ahead.”