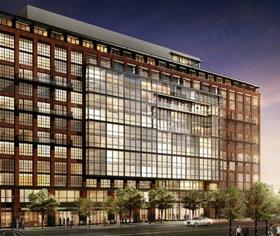 Balfour Beatty has won a deal to build a 13-storey luxury apartment block in Washington DC.

Located in the fast-growing NoMa district of the US capital, the residential tower will be a concrete-framed high-rise with around 350 apartments.

The building will include a mix of studio, one-bedroom and two-bedroom units and also offer a number of micro units and two-level suites.

The project is also LEED certified, the American equivalent of BREEAM in the UK.

Balfour’s latest win in the United States comes after the contractor confirmed it had reshuffled its London construction business.

The firm has appointed David Kennedy as its new managing director for London, who moves up from his role as operations director.

Balfour has also promoted Graham Hill from commercial director to head of operations.

Dean Banks, Balfour Beatty UK Construction Services managing director, said: “David and Graham have a wealth of experience in the construction industry that will help to ensure that we continue to win the right projects for our business and deliver expertise for our customers.

“It is testament to the strength and depth of talent we have in Balfour Beatty that we have been able to make appointments of their calibre from within the company.”