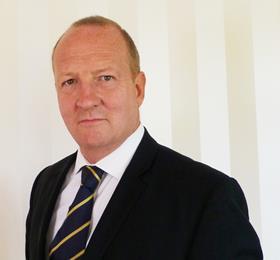 Balfour Beatty’s UK construction boss has said the business is on track to break even this year, after posting a £35m loss in the first half of the year.

Speaking to Building after Balfour Beatty posted its results for the six months to 28 June 2013, Balfour Beatty Construction Services UK chief executive Nick Pollard said the business was on track to post a strong performance in the second half of the year, after a difficult first half that saw the firm issue a £50m profit warning in April due to problems across a number of contracts in its regional and major projects divisions.

Balfour Beatty’s UK construction business posted an operating loss of £35m in the first half of the year, largely due to a £45m write down as a result of the problem contracts identified in April.

However, the UK construction business expects a much stronger performance in the second half of the year, with the business targeting an operating profit of £32m, which will help it to broadly break even at year end.

The performance over the second half will be impacted by a £5m write down on the problem contracts, which is has been carried over from the £50m hit identified in April, which will be offset by a £7m in savings from overheads, which come as part of the firm’s ongoing cost reductions.

Pollard said the firm had taken a “hit” in the first half of the year, but said it was now in “good shape”.

He said: “The business held up its hand - it said we’ve not done this well, we’re taking the hit and we’re busy getting back on board and paddling hard through the second half.

“The second half improvement comes essentially from not having anymore unexpected losses - it is as crude and simple as that to tell you the truth.

“The overheads are gently falling and that was always planned … and long may it continue as we get slicker and more efficient.

“The critical part is there are no more big nasty shocks that come through to damage the business.

“Bar anything that’s really unforeseen, we’re confident about our projects. There are some difficult projects that we must deliver on between now and the year end and we just need to get on and deliver and execute those properly.

The UK consturction business incurred £9m of restructuring costs over the first half of the year, a result of the firm’s ongoing restructure and the closure of a number of regional offices.

But Pollard said the business was now focused on improving operational delivery, rather than internal restructuring or office closures.

“The plans are in train, and I can see the business visibly strengthening and that journey will continue,” he said.