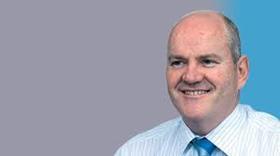 Serco has confirmed it has appointed Kevin Craven as chief executive of its UK Central Government division, which in 2013 had revenues of £1.6bn and employs over 23,000 people.

Craven will join Serco on 1 September and will be a member of the Group’s executive committee.

In this role, he has been responsible for 16,000 employees, leading a business with revenues of over £1.6bn, covering sectors such as facilities management, rail, highways and utilities.

Craven also sits on the executive committee of Balfour Beatty.

Craven said: “I am extremely excited to be joining Serco. I see real potential for the business to move forward and grow with a unique portfolio of services to Central Government.”