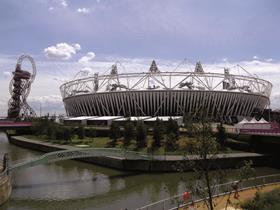 The cost of Balfour Beatty’s £154m Olympic stadium conversion job has soared by £36m due to the complexity of installing the new stadium roof.

Balfour Beatty won the £154m contract to carry out the conversion of the London Olympic Stadium into a home for West Ham football club in January.

The contract also included the £41m job to transform the stadium roof - which was procured separately and won by the firm last year.

When completed the roof will be the largest cantilevered roof in the world, covering every seat when the stadium is handed for use by West Ham football club.

But now it has emerged that due to the complexities of installing the new roof, Balfour Beatty has agreed with the London Legacy Development Corporation (LLDC), which is responsible for the development of the Olympic Park, an

additional £36m payment to cover cost rises on the project.

In a statement today the LLDC said: “Providing adequate support for the new roof has required significantly more strengthening work to the main roof truss, which was originally designed to be taken down after the Games.

“We have therefore today agreed to increase the value of the Balfour Beatty contract by £35.9m to £189.9m.”

“We will meet these costs from the project contingencies and additional income we will generate from our other developments.

“There will therefore be no additional call on the taxpayer and no impact on our current programme.”

The issue has not impacted on the work timetable, with the job expected to be completed in summer 2016, after a pause for next year’s Rugby World Cup when the stadium will host five games.

It is not clear if the Olympic stadium job is one of scores of problem jobs that led to Balfour Beatty issuing a £75m profit warning last month, its fifth profit warning in less than two year.

Balfour Beatty has refused to say exactly how many problem projects have contributed to its profit shortfalls, but it has said there are 25 problem projects in its M&E business alone and a “handful” in its major infrastructure business, with six problem jobs in its major building projects business.

But as Building revealed earlier this month, one the problem projects that has contributed to Balfour’s profit shortfalls include Balfour’s flagship hotel for Citizen M in central London.

Mace is project and programme manager on the stadium transformation project while Buro Happold is structural engineer and the architect is Populous.

The Olympic Stadium will host five matches during the Rugby World Cup 2015 and will be the permanent home of West Ham from 2016.

The venue will also become the new national competition stadium for athletics in the UK as well as hosting elite international athletics events and other sporting, cultural and community events.

A new community athletics track will also be provided next to the main stadium.