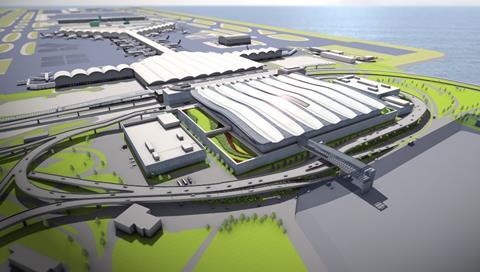 How the airport’s Terminal 2 expansion will look when finished

It is part of the airport’s ’Three-Runway System’ project, which will allow both arrivals and departures from one terminal and will increase overall passenger capacity.

In May, Gammon was awarded a HK$7.2bn (£760m) contract to build two 1.8km long tunnels at the airport for an automatic people mover and baggage handling system.