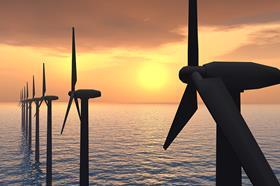 Balfour Beatty has been awarded contracts worth £35m to build transmission connections to two wind farms off the coast of Scotland.

The projects for client Scottish Hydro Electric (SHE) will connect both the Bhlaraidh and Beinneun wind farms near Fort Augustus to the National Grid.

The project will see Balfour Beatty deliver the electrical transmission network connections to the two wind farms and includes a new substation, refubrishment or alterations to two existing substations. The project will also see the installation of a new 7.5km 132kV underground cable system, and the refurbishment of 21km of 132kV overhead line. Combined, the two wind farms could power the equivalent of over 90,000 homes.

Main construction works are due to start in April 2016 with the new infrastructure programmed to be delivered in the spring of 2017. At its peak, the project will employ 120 people.

Stephen Donnelly, project manager for Balfour Beatty, said: “With a greater demand to connect renewable energy to the Grid, Balfour Beatty is ideally placed to build both the generation connections into the network and the transmission infrastructure.

“We are focussed on providing solutions to help ensure the future security of renewable energy supply across the UK, reducing carbon emissions and contributing to ‘keeping the lights on’. Utilising our unique ability within the industry of a single-source solution from design to build, we’re able to deliver maximum efficiency, a smooth running project and minimal disruption to the public.”