Ballymore office opposite US embassy OK’d

Construction to start early next year 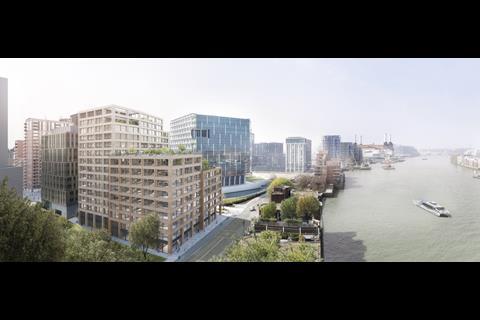 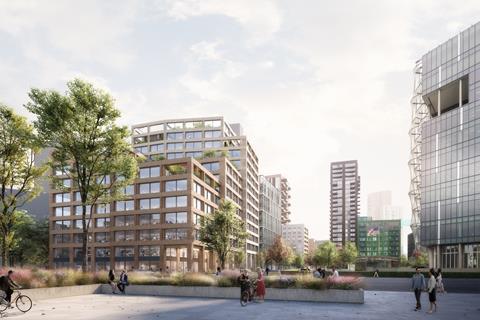 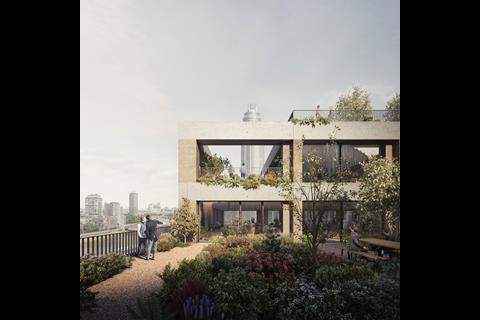 Ballymore’s plans for a 13-storey office building in the shadow of the US embassy have been given the green light.

Called EG:HQ, the block will go up at a plot directly opposite the Sir Robert McAlpine-built embassy, which opened last year.

The scheme, which has been designed by Morris + Company, will provide around 217,000ft2 of office space, outdoor areas and 5,000ft2 of ground floor retail space.

It will also include a cycle workshop and 330 cycle spaces and a 9,000ft2 communal terrace.

Plans for the project were submitted to Wandsworth council in July.

The scheme will be served by the new Nine Elms and Battersea Power Station tube stops, which are set to be finished in 2021 as part of the Northern Line extension.

Construction is expected to start early next year and be finished by 2022.