The scheme, designed by Glenn Howells Architects and HAL Architects for the former Thames Road Industrial Estate in the Royal Docks, proposes the homes in a combination of three-storey townhouses alongside blocks ranging from six to 18 storeys. 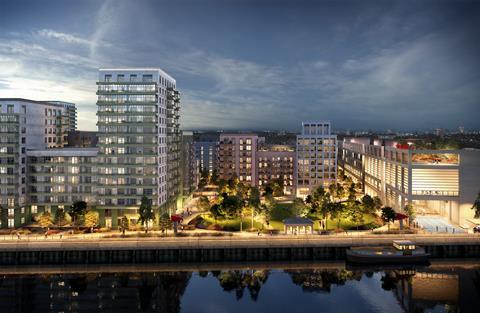 Architects Glenn Howells and HAL are both working on the scheme

The project is also set to provide a new riverfront park, community facilities, industrial and commercial space and a primary school.

The site, currently occupied by several industrial warehouses, was identified as suitable for mixed-use development in the Newham Local Plan three years ago.

The scheme follows on from Ballymore’s delivery of the Royal Wharf and Riverscape developments, also in Newham.

Construction of the development, subject to planning, is anticipated to begin in 2023, with Ballymore aiming to complete the project in 2027.