Work for Gwent Police to start next May 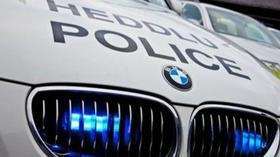 Bam Construction has won a £16m deal to build a new headquarters for Gwent Police in Cwmbran.

Work is set to start next May with the force beginning the move out of its old headquarters at the end of 2019 which is expected to take up to six months to complete.

The scheme will be masterminded by Bam’s Cardiff office with the work being awarded by the Police and Crime Commissioner for Gwent.

Atkins is the lead designer on the project, with proposals including a significant amount of external works to create roads and access.

The police will be relocating to Llantarnam from the current headquarters across town at Croesyceiliog.