Bam has been lined up to turn a historic cinema in south Wales into a mixed-use scheme.

Port Talbot cinema (pictured) is set to be restored after standing derelict for 20 years.

Bam is starting works under a pre-contract agreement with Neath Port Talbot council to redevelop the grade II listed Art Deco building that was once frequented by actors Anthony Hopkins and Richard Burton. 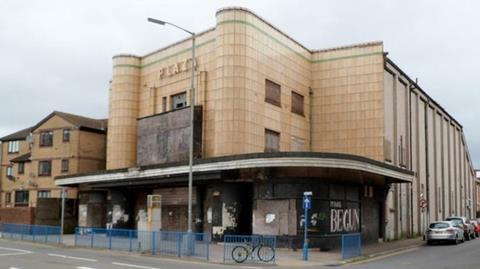 The scheme, which was designed by architect GWP, was procured under the South West Wales Regional Contractors Framework.

Bam said full works on the cinema would start later this year. The job is expected to be worth around £7m.

When it re-opens in 2021, the new cinema will have been converted into a multi-purpose community hub with recreational facilities, shops and office space for local businesses.

Bam said the project team will retain as much of the original cinema’s facade as possible.